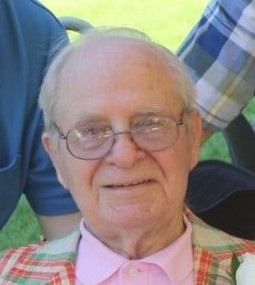 Albert J. Provencher, 91, of Manchester NH died at his home on January 3, 2022.
He was born on July 29, 1930 in Salem MA, the son of the late Adelard and Annie (Bolduc) Provencher. He was a veteran and proudly served in the United States Army during World War II and the Korean War. In his early years, he worked in the family moving business and then later in the insurance industry before his retirement.
Albert was predeceased by his loving wife Louise and is survived by his three sons Donald, David & Michael and his daughter Suzanne and their spouses, his brother Clifford, a dear niece Kathleen Hayes, his brother in law Donald Daniel and his spouse as well as many grandchildren, great grandchildren, nieces and nephews.
Family and friends are invited to a memorial service to be held on January 31, 2022 at 11:00 am at the Phaneuf Funeral Home, 243 Hanover Street in Manchester. He will later be laid to rest in Arlington National Cemetery, Arlington VA.
In lieu of flowers, donations may be made in his memory to Liberty House, 221 Orange Street, Manchester, NH 03104.