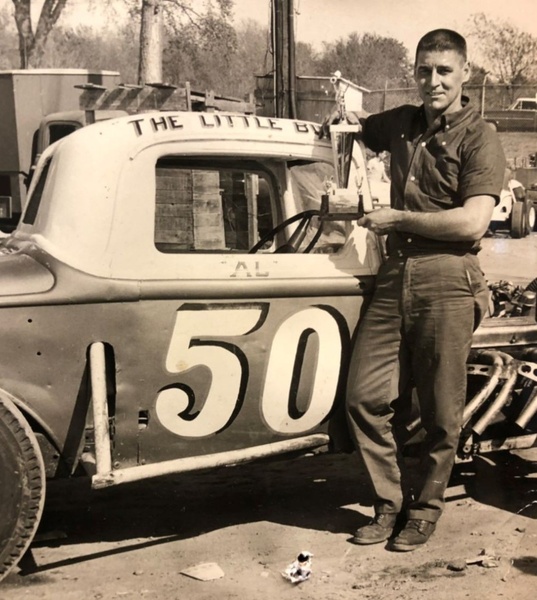 Albert “Al” D. Riley, 91, of Bedford, NH passed peacefully at home on Saturday, October 9, 2021 surrounded by his family.
Al was born on June 26, 1930, in Manchester, NH, the son of the late Harry J. and Florence M. (Founier) Riley.
He owned stock cars for years, building and racing “The Little Princess”, #50 in Hudson, NH and Groveland, MA. In 1963, Al won NH’s state championship, taking home the largest trophy given out for stock car racing for that era. When Al retired from racing, he opened Riley’s Auto Body in Goffstown, NH. Later on he opened Riley’s Varney Street Auto in Manchester.
His family was his treasure, racing was his passion.
Members of his family include; two sons, Richard Riley and his wife Jeannette, of Florida; Thomas Riley and his wife Diane, of Bedford, NH; one daughter Elizabeth Potvin and her husband David, of Bedford, NH; eight grandchildren and 11 great grandchildren, three sisters, Alice, Nancy and Shirley Henderson, two brothers, Roger & James Riley. He was predeceased by his wife of 62 years, Diane D. “Chickie” (Wyskiel) Riley, who passed away in 2014. In addition, he was predeceased by his brothers, Glenn, David, Raymond, Robert, Harry, Edward, Ronald & Arthur and sisters, Martha & Doris.
SERVICES: Calling hours will be private. A graveside service will be held on Friday, October 15, 2021, 12 Noon at St. Joseph Cemetery, 448 Donald Street in Bedford, NH.
Donations can be made to Manchester VNA Hospice in memory of Al.

To order memorial trees or send flowers to the family in memory of Albert D. Riley, please visit our flower store.