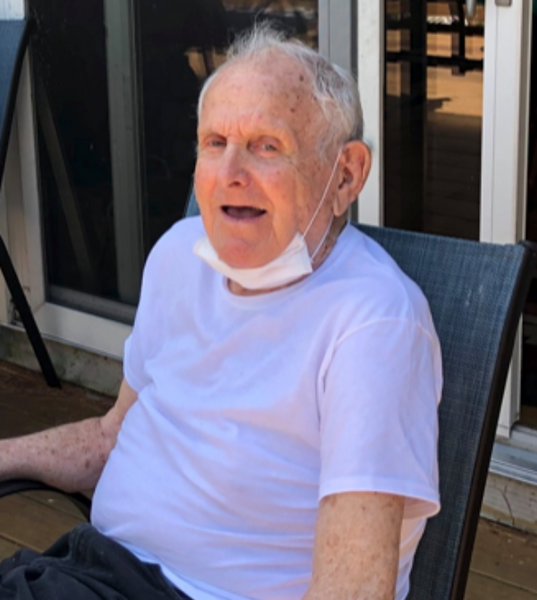 He was born December 4, 1922 and graduated from Needham High School. He joined the Army Air Corps during World War II, and worked as a mechanic on airplanes in Asia, which flew the India to China route over the Himalayas. During the war he married Priscilla “Gigi” Alden also from Needham. After the war, he worked at a few places, including Logan Airport, before he started his lifelong career at Amica Insurance. After he and Priscilla raised their family in Massachusetts, they retired to New Hampshire where they spent the rest of their years together.

Alden’s yearbook notes his tendency to be a “prankster” and “daring feats of acrobatics” - and this would continue throughout his life. He first got on a pair of skis at 50 years old and skied for years after. At 80, he jumped out of airplane. His family found out the following Christmas when they were all gathered together and he put in the recording of his jump on the TV for everyone to see. But Alden’s favorite activity was working outdoors with his tractor at his farm in Wolfeboro, NH with his family.

He is predeceased by his wife, Priscilla Ringer, and his grandson, Matthew Mahoney

A private family service will be held.

Those who wish may make a memorial contribution to St. Jude’s Hospital.

To order memorial trees or send flowers to the family in memory of Alden C. Ringer, please visit our flower store.