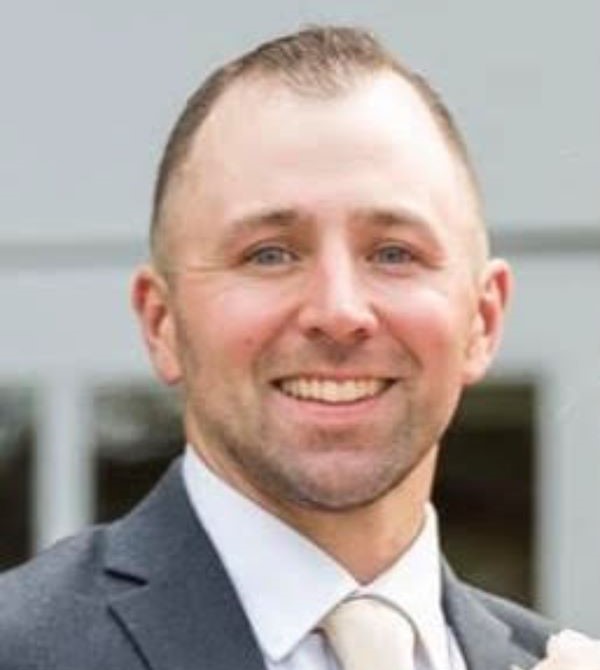 Alex was the loving husband of Kayla Beth Tocci and devoted father of Stella Rose Tocci and Bowen Christopher Tocci. His wife and children were the loves of his life, and the apples of his eye. He was a patient, loving father who lived to teach his beloved children all about life.

He grew up skiing the slopes of Cannon Mountain, racing for FSC (Franconia Ski Club), proudly earned a spot on the Jr. Olympics Ski Team, and went on to become a cherished ski coach at FSC later in life. His time spent on the mountain racing and coaching defined him as a man and as a father. It was his ultimate wish to share this way of life with his children.

Alex was a talented master carpenter, with a love for finish carpentry. His work spoke volumes about his character and his devotion to the craft. His enthusiasm for carpentry distinguished him and gained him countless accolades throughout his life.

Alex was known by all for his free spirit, contagious laugh, and heartwarming smile. He was a selfless man who would often be found helping friends and family regardless of what he had going on. He had a heart of gold.

Alex was the cherished brother of Courtney A. Tocci (Larry Towle) and Brittany L. Tocci, predeceased by his grandparents Theodore C. Tocci, Richard A. and Barbara A. Julien, James A. Robinson, and Ralph ‘Sonny’ Hudson. Grandson of Marietta L. Tocci and Harriet D. Robinson and is survived by a large family made up of many Aunts, Uncles, and Cousins that he loved dearly. He was the proud Uncle of Madilyn and Grayson Towle and Jaylin and Dakota Leslie.

Services will be held in honor of Alex at the Pillsbury Phaneuf Funeral Home, 101 Union Street, Littleton, NH on Monday, November 1st from 5 - 8 p.m. Funeral Mass, Tuesday, November 2nd at 11:00 a.m. at St. Rose of Lima Church in Littleton, NH.

Alex will be deeply missed and never forgotten.

In lieu of flowers, donations can be made to the Franconia Ski Club in honor of Alex to the following address;

To order memorial trees or send flowers to the family in memory of Alex C Tocci, please visit our flower store.
Send a Sympathy Card