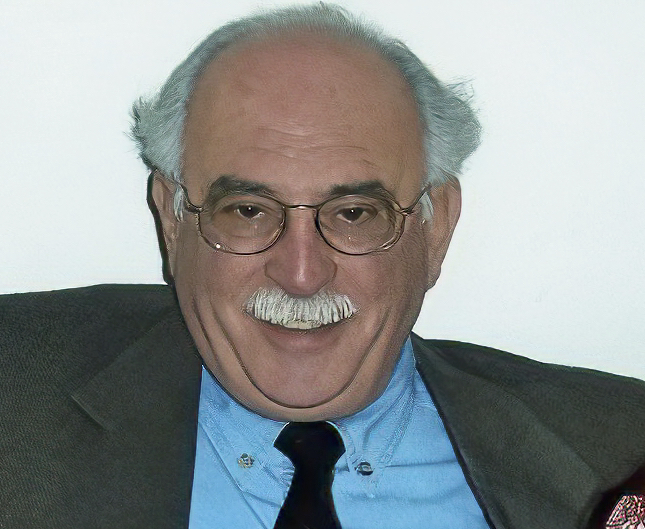 Dr. Angelo E. Panteli, 89, of South Fremont Street Manchester died February 19, 2022.  He was born in Manchester, NH on May 14, 1932, a son of the late George and Kelley (Pappas) Panteli.  He had been a resident of Manchester for his entire life.  Dr. Panteli was a graduate of Central High School and the United States Marine Corps.  He served in the Korean War from 1951-1953, and continued as a Reservist until 1993, achieving the rank of Senior Warrant Officer.  Arriving home from the Korean War, he attended Boston University where he earned a Bachelor of Art and Master of Education degree.  During college, he worked as a counselor at the Boys and Girls Club in Charleston, Massachusetts and treasured his time there.

In 1966 Dr. Panteli became the principal of South Range Elementary School in Derry, New Hampshire where he remained for over 30 years.  During his career he received his PhD in Education from Vanderbilt University.  He was a passionate educator and worked hard to make sure his students and staff had an amazing experience.

Dr. Panteli adored becoming a Papou (grandfather) and spending time with his grandchildren and family.  He loved taking his grandchildren to the beach, the bookstore, and the park.  He was an avid reader, active runner and truly enjoyed traveling with his wife.  He was a communicant of St. George’s Cathedral in Manchester, NH.

Dr. Panteli was predeceased by his wife Ruby (Giotopoulos) Panteli who passed in 2010 as well as his brother William Panteli (Pickles) who passed July 1977.   His family members include his two sons and a daughter-in-law, Jorge and Margaret Panteli of Nashua, and Alexander Panteli of Windham: four grandchildren, Maggie, Kate, Ambrose, and Lukas and several nephews, nieces, and cousins.

Calling hours will be at Phaneuf Funeral Home and Crematorium, 243 Hanover Street, Manchester, NH on Monday, February 28th from 5:00 to 8:00 pm.  Funeral Services will be held on Tuesday, March 1st at 10:00 am at St. George Greek Orthodox Cathedral, 650 Hanover Street, Manchester, NH.   Burial with military honors will take place directly after the funeral at the NH State Veterans Cemetery at noon.  To view an online tribute, send condolences to the family, or for more information, visit www.phaneuf.net.  In lieu of flowers, donations made be made in his memory to the Wounded Warrior Project(https://www.woundedwarriorproject.org/).

To order memorial trees or send flowers to the family in memory of Angelo E. Panteli, please visit our flower store.