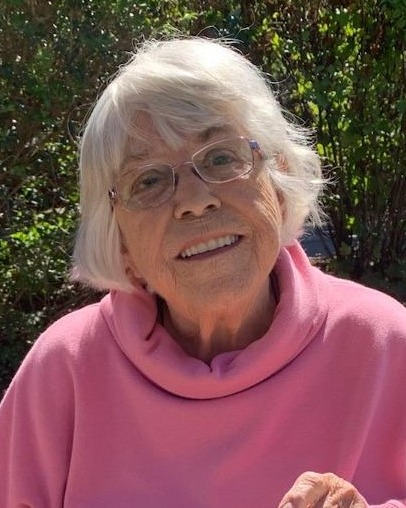 Ann was born on November 29, 1942 in Weymouth, MA to Joe and Georgianna Caulfield, the first of 5 siblings. She attended Sacred Heart parochial school from elementary school through high school and had many fond memories of her time there. During those years (and forever afterwards to her siblings) she was known as Ann Marie. On September 17, 1964, she wed William (Bill) Lofgren. For a short time, they raised their 3 children on the South Shore, before moving as a family to the North Shore of Boston. She spent many years in Wakefield, MA where she enjoyed playing tennis with her husband, leading her daughter’s Campfire Girls group, and attending many Little League games for both her sons.  She developed a talent for candlepin bowling at the bowling alley in town. Ann was also active in singing with the Sweet Adalines, an all-female singing group that performed throughout the area. She was never one to want the spotlight while singing, but she enjoyed singing throughout her life and that is a joyful memory she leaves in lots of hearts. Ann also had a special group of friends, “the girls”, with whom she traveled, laughed, and caused mischief.

Ann was full of compassion, and caring for her family members became a calling in her life. She shepherded her daughter-in-law, mother-in-law, mother, and husband through their final years, dedicating her full-time attention to each person in their turn. Although she was jokingly called “the angel of death” by her sons, her empathy and self-sacrifice for others when they needed her was her mission in her later years.  Ann’s faith was very important to her, and she drew strength from it throughout her life. She had a great laugh and a sense of humor that often caught people off guard.

Ann was predeceased by both her parents, Joe and Georgianna, and by her husband, Bill. She is survived by her children: Bill Lofgren, Jr and his fiancée Anisha Bates of Roslindale, MA, Karen Marie Lofgren of Concord, NH, and Greg Lofgren and his wife Donna of Washington, NH. She also leaves behind two grandsons: Christopher Guay, and Kyle Guay and his fiancée Jackie, two granddaughters, and a great-grandson, Liam, who was the light of Ann’s final days. Ann Marie also leaves behind four siblings: Gail Caulfield of San Rafael, CA, Joseph Caulfield of Wakefield, MA, Barbara Stepasiuk of Wakefield, MA, and Monica Caulfield of Westford, MA; as well as two nieces, a nephew, and several great-nieces and nephews.

Visitation will be held on Tuesday, January 24th from 9:30 – 10:30pm at the Phaneuf Funeral Home & Crematorium, 172 King Street in Boscawen, NH. A funeral service will be held at 11am at St. John the Evangelist Parish, 72 S. Main Street, Concord, NH. Family and friends are kindly invited to attend. Interment will take place at 10:30am at Center Cemetery in Pembroke, MA.

To order memorial trees or send flowers to the family in memory of Ann Marie Lofgren, please visit our flower store.