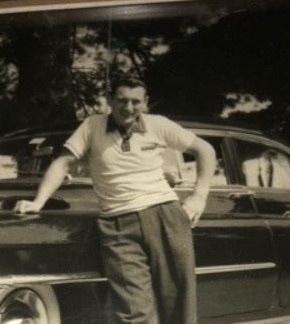 He was born in Manchester on April 27, 1930, the son of Arthur and Fabiola (Messier) Gamache, Sr. He had worked for many years at Durcrete and later at F&S Concrete until his retirement. He enjoyed, fishing and going to his camp in Columbia, NH. He was always on the go and loved to drive to visit his family members. He was predeceased by his wife, Patricia (Richard) Gamache and by two sons, Robert and Dennis Gamache.

Family members include his son, Ricky Gamache and his wife Michelle of Manchester; four grandchildren, Eric and his wife Theresa, Amanda and her husband Anthony, Travis, and Harrison; two great grandchildren, Erica and Amelia; three brothers, Edward Gamache and Reynald Gamache of Goffstown, and George Gamache of ME; three sisters, Rita Chadwick and Helen Rivet from Bow, and Terry Rivet from Webster; and many nephews, nieces, and cousins.

A memorial gathering will take place on Tuesday, August 17 from 11 to Noon at Phaneuf Funeral Homes and Crematorium, 250 Coolidge Ave, Manchester, followed by a memorial service in the funeral home at noon. Urn internment will take place in Mt. Calvary Cemetery Mausoleum. To view an online tribute, send condolences to the family, or for more information, visit www.phaneuf.net.

To order memorial trees or send flowers to the family in memory of Arthur Albert Gamache, please visit our flower store.