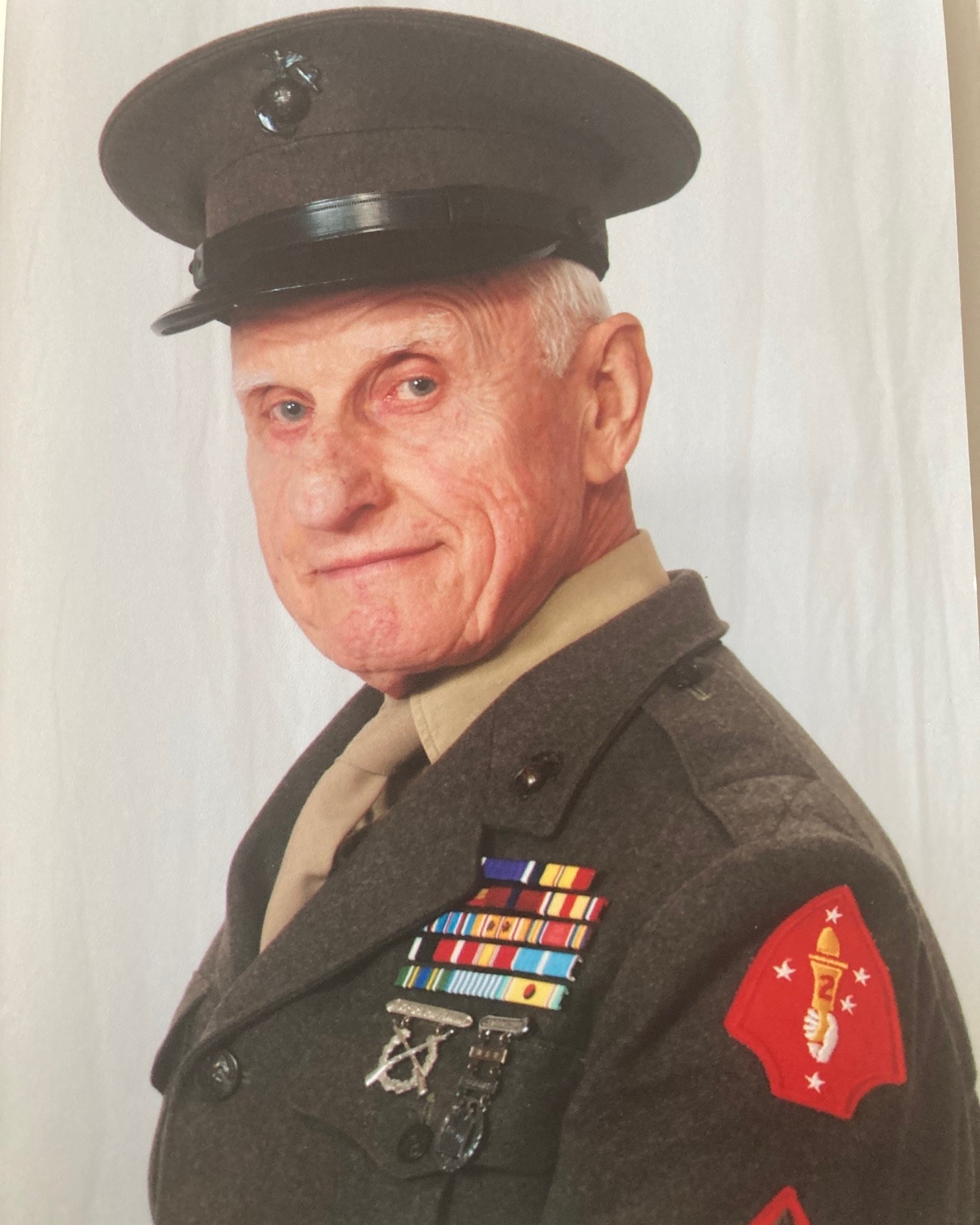 He enlisted in the Marine Corps in 1943 and trained at Parris Island, Camp Lejeune, and Camp Pendleton, and was deployed to the Pacific Theater of Operations with the Second Battalion, 2nd Marine Regiment of the 2nd Marine Division.

He participated in action on Saipan and Tinian and was detached to the Pacific War Crimes Tribunal. He served as NCOIC at the War Crimes Stockade on Guam.

After the war, he turned to law enforcement with the New York State Police, until he was called back to service with the First Marine Division in the Korean war. He retired from law enforcement after 22 years and began another profession in Real Estate as a licensed Real Estate Broker and branched into the custom woodworking business. He lived in New Hampshire for the past 42 years.

He was predeceased by his wife, Dolores Bruzgul Ruchin. He leaves his son, Mitchell Ruchin who lives in Hopewell Junction, NY.

He was active in many charities in New Hampshire that supported Marines and their families. In lieu of flowers, donations can be made in his memory to Building Dreams for Marines, PO Box 1704, Nashua, NH 03061.