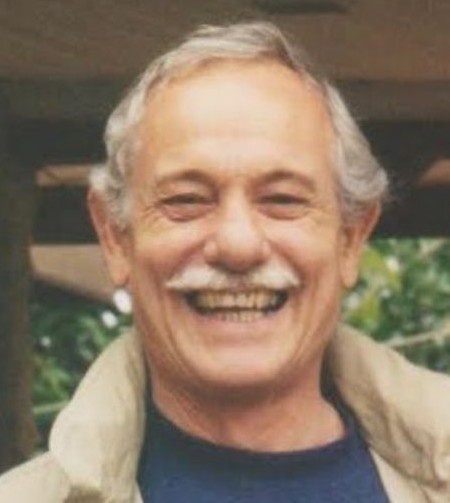 Beverley Arnold Shaw, 87 of Londonderry, NH died with his family by his side at The Arbors of Bedford, NH on January 14, 2022. He was born April 2, 1934 to John Shaw and Edith (Arnold) Shaw in Calcutta, India. The family returned to London, England prior to World War II.

Bev received his education at Windsor County Boys School, Windsor, Berks. In 1956, he graduated from University of London with a degree in Metallurgy and was employed by the Fulmer Research Institute, Bucks. He married Nyria Webb at St Marys Church, Datchet on April 27, 1957. Their daughter Verne was born and the family emigrated to America in January 1959, when Bev was offered an engineering position in the rising semi-conductor industry. They settled in North Reading, MA where their daughters Abi and Jessa were born.

Bev continued his career working as a Materials Engineer with the Raytheon Company, Waltham, MA. He was then required to become a US citizen by Raytheon for special clearance work on government projects. He also traveled extensively through Europe. After 12 years with Raytheon, Bev used his expertise and embarked on some entrepreneurial business endeavors. When trade opened with China, he joined International Materials Corporation and traveled in the far east, setting up an office in Beijing for IMC. Bev was subsequently invited to rejoin Raytheon and help to expand a new product in the UK. The family was based in Cardiff, Wales for a year and a half, returning to the US in 1972. He retired in 1997 from Raytheon as an in-house consulting engineer. He continued with consulting work, as well as serving on the Board of Directors for Zenaqua until 1999.

A talented artist and woodworker, Bev was also a sailor and golfer. Summers were spent sailing his family around the Cape and Islands of Buzzards Bay and along the coast of Maine. He eventually exchanged his beloved Yawl ‘Ariadne’, for an island cottage in Maine that is enjoyed by his grandchildren and great-grandchildren.

SERVICES: There are no calling hours. A memorial service will be arranged for Spring 2022 at St. Peter’s Episcopal Church in Londonderry, NH. A celebration of life will also take place in the Spring for immediate family with a scattering of ashes in Maine.

In lieu of flowers, memorial donations may be made to Brookhaven Hospice of Bedford, NH and Alzheimer’s Association MA/NH Chapter.

Phaneuf Funeral Home & Crematory, Manchester, NH is assisting the family. To leave a message of condolence, see the obituary at https://phaneuf.net

To order memorial trees or send flowers to the family in memory of Beverley A. Shaw, please visit our flower store.
Send a Sympathy Card