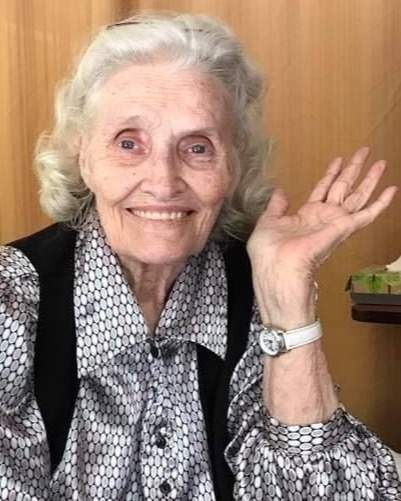 She was married to David A Manley who passed away in 2012. She is survived by her 3 children and their spouses, Robert and Patricia Manley of Enfield, CT, Marc Manley, of Brattleboro, VT, and Jody and Matt Garland of Hinsdale, NH.  She is also survived by her sister, Susan and her husband Kevin Underwood of Palmyra, ME. She was preceded by her siblings Eleanor Pomeroy and Phillip Boyd.  She was blessed with 7 grandchildren, 8 great grandchildren and many nieces, nephews, and cousins.

Billie Mae was an independent working woman who had her own CPA business. She also worked for the Beech Bend amusement park in Bowling Green, KY, when Ronnie Millsap’s group owned it. She was a big fan of his. She worked at Ker Funeral Home for fifteen years and was respected and loved by her co-workers. Billie Mae was also a Justice of the Peace and facilitated the marriages of her children and grandchildren along with many others.  Her door was always open and she was often referred to as “Ma Manley” by many.

A well-known family story was that when she was young, she was at a bar with her mother and Bing Crosby gave her a baby doll. Obviously, there were no child protection laws in the 30’s.

She dedicated 70 years to the Bingham Chapter #30, Order of the Eastern Star, in Brattleboro, VT. She served as a Star Point Esther; Conductress; Chaplain, Associate Matron, Worthy Matron, Secretary, Grand Representative to Mississippi in Vermont, and District Deputy Grand Matron of District 1.

Other interests included karaoke and the love of being outdoors. She belonged to the Pisgah Mountain snowmobile club, and the Trap shooting club. She also enjoyed riding on the back of a motorcycle while reading a book. Books were her passion; she had thousands! She loved to share her books. When she went in for doctor’s visits, she would bring in bags for them to enjoy, especially the juicy ones.

Other hobbies included, knitting, sewing, crafts and going to the Monadnock Speedway in Winchester.  She also had a soft spot for animals, especially dogs. She was very interested in ancestry and could trace her family back to the pioneer days. She enjoyed camping with her family that has included 4 generations from her in-laws to her great grandchildren.

Billie Mae was a frequent visitor at Hinsdale Walmart, she liked to visit with everyone she saw there, even if she didn’t know them. Due to her declining health, it was a sad day when it became too difficult for her to drive and she could no longer do her walk (exercise) around Walmart at night. After moving from Hinsdale to Winchester she still kept active with coloring Art Books that she shared with anyone and everyone who would take them. Her pictures were displayed at the Dollar General where she left many for all to enjoy.

She spent her last year at Alpine Rehabilitation & Nursing Center. Although her dementia took her memories it never took her spirit. She was the “Bell of the Ball” and found joy in interacting with residents and staff.

Billie Mae’s burial service will be private.  There will be a Celebration of Life at the Fraternal Order of Eagles, 54 Chickering Dr., Brattleboro, VT on October 1, 2022 from 1 to 4. All are welcome.

Contributions can be sent to Monadnock Humane Society where she adopted her faithful cat, Jack.

To order memorial trees or send flowers to the family in memory of Billie Mae Manley, please visit our flower store.