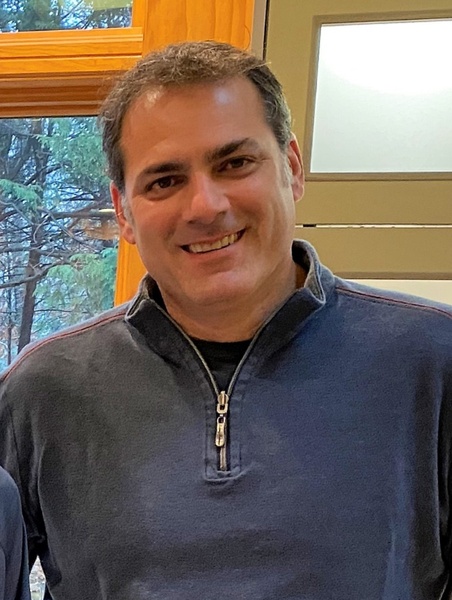 Brian J. Bechard, 48, of Andover, MA, passed away suddenly of a heart attack while competing in a rowing race on the Merrimack River on August 6, 2022. While taken too soon, he was doing what he loved to do.

Brian was born on February 26, 1974 to Robert and Irene (Tancrede) Bechard and raised in Manchester, NH where he played varsity basketball and graduated from Central High School.  He is a proud graduate of West Point Military Academy, class of 1996, and served in the United States Army with honor as an Engineer Officer in Ft. Lewis, Washington and Seoul, South Korea.

He met the love of his life, Patty Benson, when they were 17 years old. They later married in 2000.  Brian and Patty graduated together from Harvard Business School with MBAs in 2003 and purchased a home in Andover, MA in 2005 to start a family. He is the proud father of two sons, Nathan and Evan, ages 17 and 15 respectively.

Brian’s business career brought him and his family to Europe in 2013 for a two-year assignment where they enjoyed extensive travel together, his favorite of which was skiing in the Alps.  He returned home to the US to work for Trexel, Inc as CEO where he has been proud of his team for the last 7 years.

Brian was a strong family man. He never wanted to miss a family dinner and could always be found in the stands with Patty watching his sons play or perform.  He was very active in rowing, basketball, skiing, hiking, and biking and enjoyed these interests with his boys. He was unmatched at Wordle.

Brian is described as easy-going, kind, and supportive, and was a respected role model to many.  He was a man of integrity, love, and strength, always having a positive, but straightforward outlook. His friendships expand around the country and around the world and his absence is deeply felt by all who knew him.

Along with his wife, Patty Bechard, he is survived by his two sons, Nathan and Evan Bechard of Andover, MA, parents Robert and Irene Bechard of Manchester, NH, sister Amy Versprille of Nashua, NH and her husband David, grandmother Doris Tancrede of Manchester, NH,  three uncles and their wives, Kenneth & Deborah Bechard, Philip & Helen Bechard, Ronald & Linda Tancrede, father-in-law and mother-in-law Richard and Susan Benson, 3 sisters-in-law and their husbands, and many nieces, nephews and cousins. Brian is predeceased by his uncle David Bechard and grandparents Rene and Gabrielle Bechard and Raymond Tancrede.

Brian was an organ donor, another example of his unselfishness and care for others. His family would like to thank all those who came to his aid the day of his passing. Your quick action and bravery will always be remembered. The family will hold a private memorial service and then a celebration of life will be scheduled at a later date.

In lieu of flowers, Brian's family strongly encourages donations to be made to New England Center and Home for Veterans, 17 Court Street, Boston, MA 02108 or www.nechv.org, an organization he was very proud to contribute to for many years.