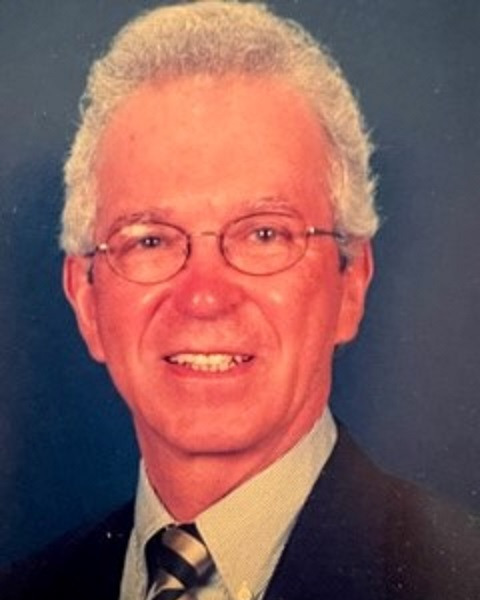 Dr. Burton Irwin (Burt) Rosenthal passed away on December 26, 2022, at the age of 93, in The Villages, Florida. He was predeceased by parents Samuel and Edith Rosenthal. He is survived by his wife JoAnn Power Rosenthal; his children Courtney Rosenthal and Margot Rivelis; grandchildren Melissa Rivelis-Clarke and Sam Rivelis; sister Rosalyn Feinberg; and sister-in-law Jacqueline Curley.

Burt was born and raised in Malden, MA. He was a Korean War veteran. Upon returning home, he attended the New England College of Optometry and received his O.D. He opened his practice in downtown Medford, on the square. He had a gift for design and construction, and did much of the work on his office himself, including the optical frame display fixtures.

Burt married first wife Gail Hodos. They lived in Massachusetts with their children. The family enjoyed camping in the summer and skiing in the winter throughout the northeast and Canada. Burt was an avid fisherman, and enjoyed fishing with his father, his children, and family friends.

Later, Burt would marry JoAnn Power and move to New Hampshire. During the summer, they resided in York Beach, ME, where they would enjoy the beautiful oceanside view from their condo.

After retiring from his optometry practice, he took up a second career in real estate, obtaining his realtor's license and supporting his wife JoAnn’s realty business.

Upon their retirement from real estate, Burt and JoAnn moved from Bedford, NH to The Villages, FL.

Burt had a lifelong love of the arts. He worked in oils, watercolor, and clay. After retirement he would learn piano, and enjoyed playing and singing with JoAnn.