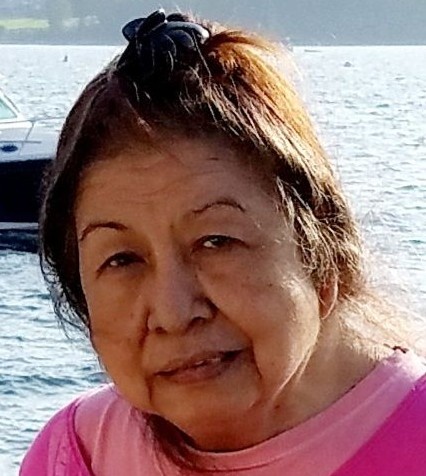 Carmencita A Lopez MD died January 19, 2022 at age 80. Born in the Philippines in 1941, Carmencita A Lopez graduated high school 1957 from Saint Theresa’s College, received her Doctor of Medicine degree from the University of the Philippines 1965, did her internship at Cambridge City Hospital, Massachusetts, her neurology residency at Boston University and its Affiliated Hospitals, her neurology fellowship at New York Medical College, then went to private practice in neurology in Manchester, New Hampshire from 1972 to 1991. Carmencita served as Chief of Neurology and Medical Director of the EEG Lab at Catholic Medical Center in Manchester, New Hampshire from 1976 to 1986, also served as a neurology consultant at VA Medical Center in Manchester, New Hampshire from 1983 to 1987, and at Tewksbury Hospital in Tewksbury, Massachusetts from 1992 to 2008.
Faculty appointments included Instructor in Neurology at Boston University School of Medicine from 1967 to 1970, Instructor in Neurology at New York Medical College in 1972, and Instructor in Medicine at Harvard Medical School from 1984 to 1987.
Awards conferred included a silver medal for excellence by Saint Theresa’s College in 1957, a college scholarship for scholastic excellence by the University of the Philippines in 1960, a scholarship in Creative writing at the Ateneo de Manila in 1963, Certification of Appreciation for service rendered to New Hampshire College and a Certificate of Appreciation for service rendered in the fundraising for the Mt Pinatubo Volcano victims by the Filipino American Friendship Society of New Hampshire.
Affiliation: member, American Academy of Neurology.
Volunteer work: physician for pilgrimages of the sick going to Lourdes, France, hosted by Boston Lourdes Center in September 1996, September 1997, September 1998, May 2000 and May 2005. Had served in the Medical Advisory Board of the NH Chapter of the Multiple Sclerosis Society and the NH Chapter of the Lupus Foundation. Hobbies: Creative Writing and Photography. Retired Physician since 2008.
Sadly missed by brother Leandro Lopez and wife Catherine, sister Maria Halloran, sister Cristina Allen and husband Bill, brother Leonides Lopez and wife Carmen P, sister Cleotilde Lopez and friend Norman Bonin, and a nephew and several nieces. She was predeceased by parents Alfonso and Corazon Lopez, sister Carolina Lopez and brother Alfonso Lopez Jr.
SERVICES: Visitating hours will be held at Phaneuf Funeral Home and Crematorium on Wednesday January 26, 2022 from 9:30am - 11:30am. A Funeral Mass will be celebrated following visitation beginning at 12pm in Blessed Sacrament Parish, 14 Elm St, Manchester with burial taking place at Mount Cavalry Cemetery, Manchester. To view Carmencita's Online Tribute, send condolences to the family, or for more information, visit www.phaneuf.net.
To order memorial trees or send flowers to the family in memory of Carmencita A. Lopez MD, please visit our flower store.