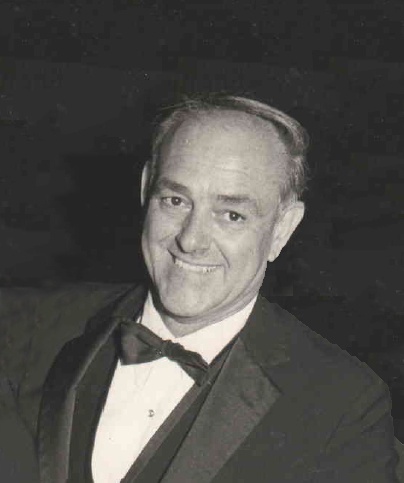 Carmine C. Moschella, 94, of Saugus, died peacefully at home on August 16 surrounded by his loving daughters. He was predeceased by his beloved wife of 56 years, Audria (Burnell) Moschella, his high school sweetheart. Born in Boston, he was the son of the late Carmine and Josephine (Sorrentino) Moschella.

He grew up in Revere where he was graduated from Revere High School in 1946. His love of woodworking started early, and he remodeled both his parents’ and future in-laws’ kitchens while still in high school. Because of his innate talent, after high school he was chosen to attend an apprenticeship, and was later hired, at the Joseph Gerte Furniture Company in Boston, described as the absolute finest of the best furniture makers in America in the heyday of the Custom Furniture movement. Gerte pieces were and are found in the finest homes of Boston and beyond. There he learned the fine arts of furniture building, wood inlay, and wood carving from the old masters, who crafted everything by hand and instilled in him the importance of the quality of fine workmanship. For the first nine months, he was allowed only to sand the wood pieces that would go into the furniture, causing his hands to bleed. But he learned the importance of preparation to ensure the great beauty of the pieces, and he remained a firm advocate, much to the chagrin of his students, of attention to detail when building or refinishing a piece of furniture. His pieces are known for their beautiful finishes, design, and impeccable construction. His homes, and his daughters’ homes, are filled with custom-made fine furniture, clocks, cabinets, shelving, and more, all made lovingly with his own hands.

He was a very proud American and veteran of the United States Army, serving during the Korean Conflict from 1950 to 1952 and mustering out as a corporal. He was a member of the American Legion for 64 years and later became a trained recruiter for the United States Naval Academy.

When he returned from the service, he enrolled in Fitchburg State College where he was President of the technical arts fraternity, Epsilon Pi Tau, and remained a member for life. He received his degree in Industrial Arts while working nights and weekends designing, building, and installing kitchen cabinets for C & M Construction, a company he founded with a friend. Upon graduation, he chose to become an Industrial Arts teacher and started at Saugus High School in 1956, remaining for 37 years where he served as Industrial Arts Coordinator from 1969 to 1971 and then Vice Principal from 1971 to his retirement. He earned two master’s degrees from Salem State College, one in Education and one in Leadership.

During his tenure at Saugus High, he also served as Audio Visual Club advisor, band trip chaperone, and night school adult education instructor, and developed a program called SHINE which promoted beautification of Saugus High. He retired in 1993 when he was elected to his first term on the Saugus School Committee. He served a second term as Chairman. He also served the town as a Town Meeting member for 20 years, Saugus Senior Center Board of Directors member for 25 years, and Saugus Lions Club member for 55 years, during which time he was the long-time Program Director. In recognition of his service and contributions to the town, he was named Saugus Man of the Year in 2004.

He loved the town of Saugus, his home for 64 years, and showed it by building and donating beautiful wood pieces that can be found all around the town, including at Town Hall, the Senior Center, and the Saugus Public Library.

Never leaving his roots in woodworking and other industrial arts behind, upon retirement he developed and taught a class for senior citizens devoted to woodworking, furniture refinishing, and caning, a skill he taught himself. This was one of the great joys of his life for 26 years. He was known for making a different wooden novelty item every year at Christmas and giving them to scores of people around town. He amazed people with his ability to transform what appeared to be a broken and worthless piece of furniture into a beautiful gem, and for this talent he became well known and in demand. He was known to stop by the side of the road to pick up a piece of discarded furniture that he knew was antique or unique and restore it to its former glory. He was so adept with his hands that he was able to teach himself many things, including playing the accordion, fixing engines and appliances, and plumbing and electrician skills. He could fix anything and was the ultimate do-it-yourselfer.

He loved his large summer garden that he planted full of vegetables and his prized tomatoes. He also liked to hunt, fish, and travel.

But his greatest love and pride in life were his family and the home that he built entirely by himself on a lake in Maine, starting in 1963, laying every foundation stone, installing every water pipe, door, and window, and hammering every nail, filling it with his beautiful pieces of handcrafted furniture. He and his wife and daughters have spent many happy years there, and he still enjoyed “going up country.”

He leaves two daughters, Mila and Carla, both of Saugus, many nieces and nephews, and many loving friends. He was predeceased by two brothers, Ralph and Samuel, and three sisters, Louise DiBlasi, Mary Viscarello, and Gloria Gosselin.

He will be laid to rest beside his wife in the Woodstock Cemetery, Woodstock, NH. Burial will be private.

Because of his love for his and all dogs, donations in his memory may be made to: MSPCA at 350 South Huntington Ave., Boston, MA 02130 or www.mspca.org.