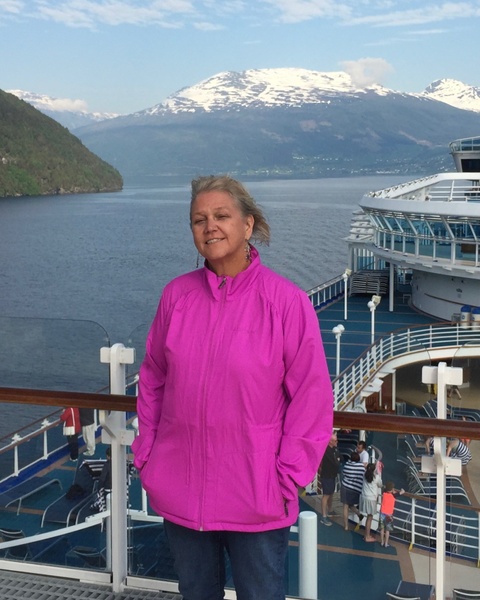 Carol Sheldon Laves of Bedford, NH passed away on August 16, 2022 after a brief illness at the Catholic Medical Center in Manchester surrounded by her family. Carol was born on June 3, 1956, as the second child of Joan (Pesce) Bryson and Francis B. Bryson in Cambridge, MA. After attending Weston Public School, Carol enrolled at Holy Cross College in Worcester, MA and graduated with a BA in Psychology. She was a graduate of both Leadership Manchester and Leadership New Hampshire.

After college, Carol volunteered for the United States Peace Corps and taught high school math in Ghana, West Africa. Upon her return, she started her professional career working for a Japanese Import/Export firm, and joined New England Telephone as a Management Trainee a year later. Carol enjoyed a distinguished career in the phone company for 38 years, and retired in 2018. Six month later, she returned as a contractor to her old group. Carol was planning to retire for good in October 2022.

After a serious bout with cancer in 1996, Carol devoted much of her energy to volunteering with the American Cancer Society, where she counseled cancer patients and made a name for herself as a tireless and successful fundraiser. Carol also volunteered at the Newton Wellesley Hospital as a Director of the Auxiliary, and served on the board of the Manchester Community Music School.

In her spare time, Carol enjoyed her bridge group and her friend’s book club very much. She also loved to travel and had just completed a trip to Spain and Portugal with her sister, husband, and two friends from her high school and college days. Carol loved spending time in her house in Sugarbush, Vermont and was avid skier. She also loved to spend time with her two sons and will be remembered for her generous, fun-loving spirit and charisma.

Carol is survived by her husband of 37 years, Joerg Laves of Bedford, NH, and her sons Nicholas Osthaus Laves and his wife Caitlyn of Lakewood, Colorado; and Samuel Sheldon Laves and his wife Ana of Lisbon, Portugal. Other family members include her mother, Joan Bryson of Needham, MA, her sister Pamela Kinn of Wellesley, MA, her brothers Michael Bryson of Needham, MA, and David Bryson of Wellesley, MA.

Receiving hours are Monday, August 22nd from 10am-12pm at the Phaneuf Funeral Home & Crematorium, 243 Hanover Street, Manchester, NH, followed by a funeral service at St. Elizabeth Seton Church, 190 Meetinghouse Road in Bedford NH at 1:00pm. Burial at the Bedford Center Cemetery, and all are invited to a reception at the Laves’ home thereafter.

To order memorial trees or send flowers to the family in memory of Carol S. Laves, please visit our flower store.