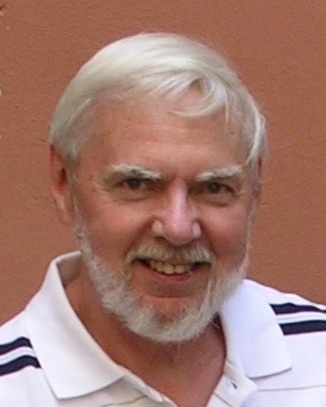 Charles T. Becker, 79, of Hooksett, NH died on Saturday, August 13, 2022 surrounded by his family at the Epsom Healthcare Center, in Epsom, NH, after a long illness.

Chuck was born on August 20, 1942, in Pittsburgh, PA, the son of the late George and Helen (Wissel) Becker.

He was a veteran and served proudly in the United States Air Force.  He earned a BS in Computer Science from Northeastern University in the first year it was offered.  He later earned an MBA from New Hampshire College.

Prior to his retirement, Chuck was employed by various tech companies where he held the position of quality control manager.

He was endlessly devoted to his wife Judy of fifty-six years, with whom he enjoyed travelling extensively, especially to Bermuda.  He was a loving father to his three children, who remember him as a patient, kind, and selfless man.  A great source of joy in Chuck’s life was spending time with his six grandchildren.  He told them stories, taught them to play chess, and was famous for his pancake breakfasts.  Chuck was an avid Boston sports fan and a world-class tinkerer.

He is survived by his wife, Judith “Judy” (Peters) Becker of Hooksett, NH; two sons, Stephen C. Becker, and his wife Julie of Manchester, NH; David J. Becker and his partner, Rachael Jones, of Exeter, NH; one daughter, Diane P. Downing and her husband, Kevin, of Auburn, NH; six grandchildren, Cameron, Liam, Julia and Emma Downing, and Hayden and Owen Becker; one brother, George Becker and his wife Brenda of Magdalena, NM; and six nieces and nephews.  Chuck was predeceased by his sister, Elaine Taylor of Uniontown, PA.

Chuck’s family would like to extend their heartfelt thanks to Sharon and Norlina of the NH Easter Seals, who provided compassionate care to Chuck in his later years.

SERVICES: A memorial mass will be celebrated on Friday, August 19, 2022, 11:30 a.m. at Holy Rosary Church, 21 Main Street, in Hooksett, NH.  Interment will take place at a later date at the NH State Veterans Cemetery in Boscawen.

In lieu of flowers, donations may be made to the NH Easter Seals, or to the Alzheimer’s Association, in memory of Chuck.

To order memorial trees or send flowers to the family in memory of Charles T. Becker, please visit our flower store.