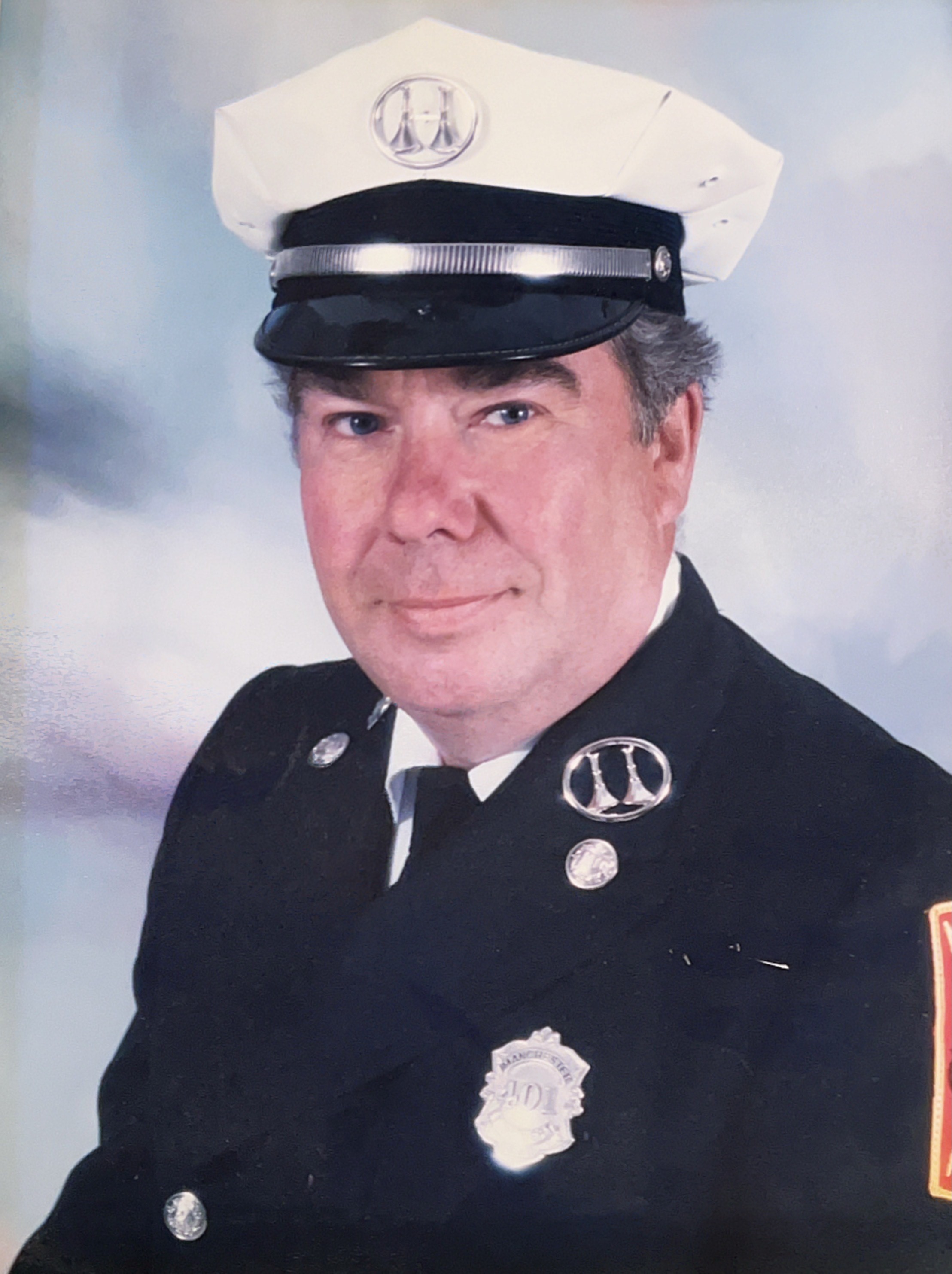 Courtney was known for his incredible loyalty, strong work ethic, and courageous attitude, which served him well during his 22 years with the Manchester Fire Department, where he held the title of Captain for 16 years.

He was most happy when in large gatherings of friends or family. Courtney loved cookouts by the pool, holiday parties with all the grandkids, and sharing a few beers with his fellow firefighters. He could be both gregarious and charming, resulting in many wonderful friends wherever he spent his time.

Courtney is predeceased by his 2 sons Travis and Randall Edwards. He is survived by his wife of 59 years, June (Alward) Edwards; sons Stephen and Troy Edwards; grandchildren Alyssa, Patricia-June, Randal, Samantha, Madison, and Maggie, as well as a long list of extended family and friends.

Calling hours for Courtney will be held on Thursday, May 12th from 10:00 AM – 12:00 PM, with a service beginning at 11:00 AM at Phaneuf Funeral Homes, 243 Hanover St. Manchester, NH. He will be laid to rest at the Mt. Calvary Cemetery immediately afterward.

In lieu of flowers, the family asks that donations in Courtney’s memory be made to the Easter Seals of Manchester.