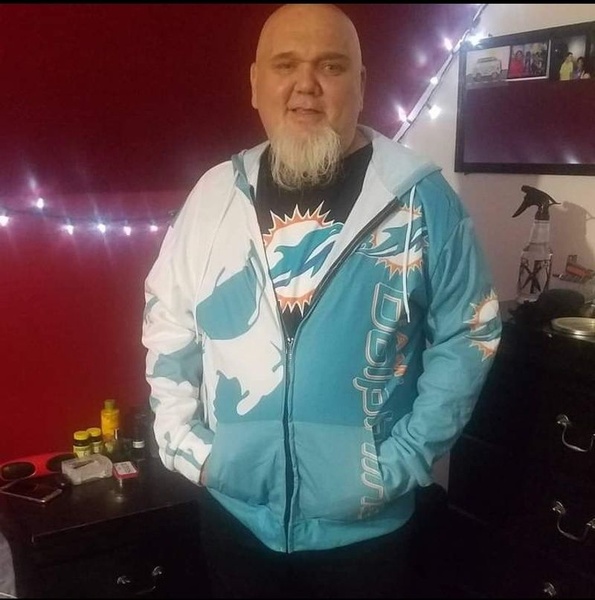 Daniel Parks Clift passed away June 24th 2021 at age 47, at Elliot hospital in Manchester, NH. He was the husband of Tracy Felicia Clift. Tracy and Daniel met on May 23rd, 1995 and made it official on November 6th, 2000.

Daniel attended John I Leonard High school in Lake Worth, FL.
He was a truck driver and he took every bit of overtime he could get. Several times he worked 80, sometimes 90 hours a week. His family was everything to him and everything he did was for them. Every Friday, he would play pool for about an hour at a restaurant right down the street from the family home and have dinner delivered to the house to give his wife Tracy a break, and it was a big treat for the kids.

One of Daniel and Tracy's children is severely autistic and neither one felt comfortable entrusting a stranger with their baby. Fortunately, Tracy received a promotion that allowed Daniel to be at home to care for their son. He was his son Jordan's best friend, and Jordan loved his daddy. Daniel loved Children. He coached their boys in baseball and the kids called him Papa Smurf. He would keep in touch with a lot of the kids and talk to them on Facebook; they always called him Coach. Daniel had the biggest, most generous heart.

The service will be held at Phaneuf Funeral home on 243 Hanover Street, Manchester at 2PM.

This is a celebration of his life, how he loved others and how much his family and friends loved him.

In lieu of flowers, a contribution to his service or whatever you choose, the family thanks you.
To order memorial trees or send flowers to the family in memory of Daniel Clift, please visit our flower store.