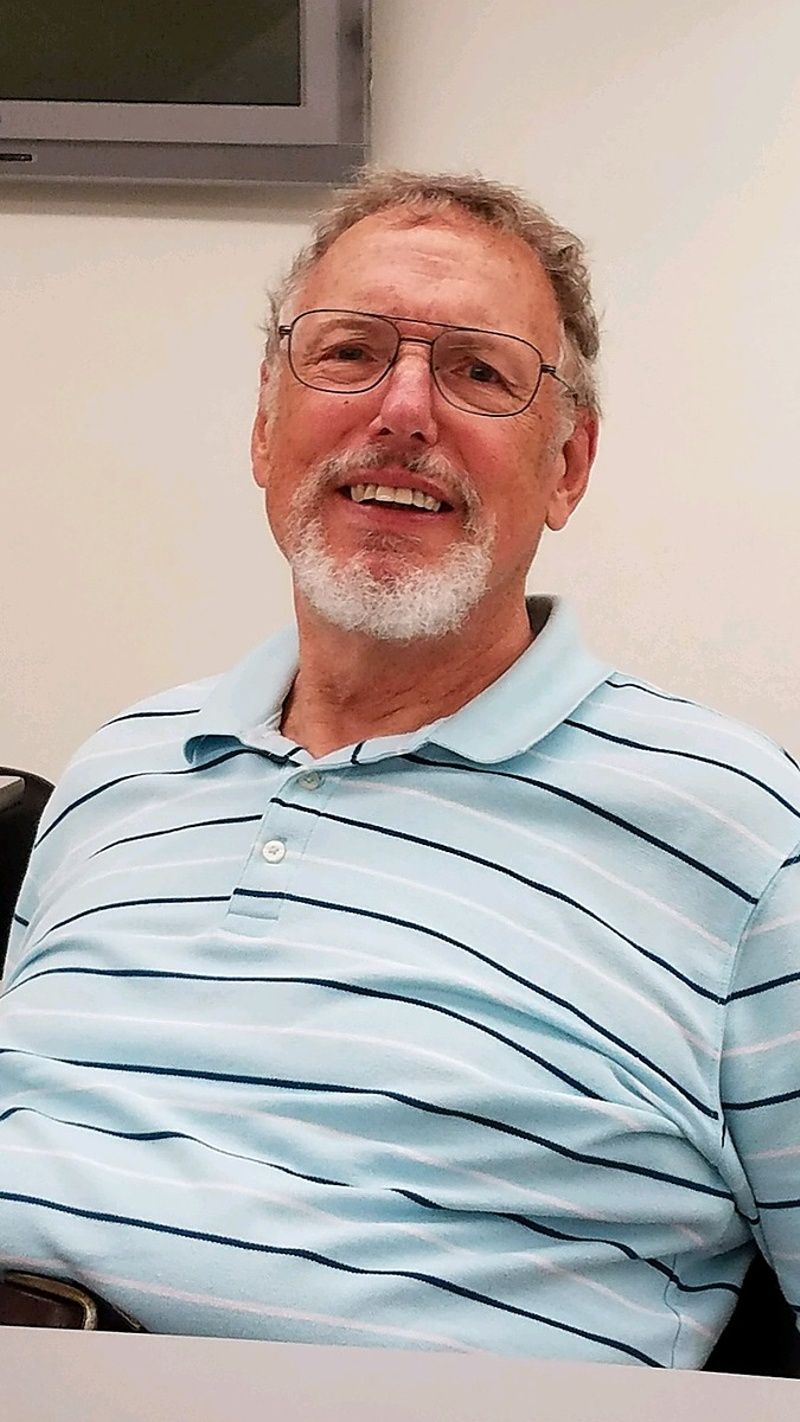 David Edward Johnson died Sunday, Jan. 24, 2021, at his home in Manchester, N.H., succumbing to multiple myeloma after a valiant eight-year fight. He was 72. He will be remembered for his devotion to family, his long career as a journalist, his love of sports and travel, his generous and kind nature, and his proud status as a veteran of the US Air Force.

David was born Aug. 17, 1948, in New Haven, Conn., to Walter L. Johnson and Margaret (Neal) Johnson, the oldest of three children. He was raised in Massapequa, N.Y., graduating from A.G. Berner High School in 1966. He attended Hofstra University for a year, then enlisted in the Air Force during the Vietnam War, and was stationed for a year in Da Nang. After his discharge, he finished his education at San Jose State University, where he majored in journalism and was the editor of the campus newspaper.

He was hired as a journalist with the Manchester Union leader and retired as the Sunday sports editor after more than 30 years of employment with the newspaper.

He was a proud friend of Bill W. for 33 years and he found a purpose in helping others on the path towards sobriety.

He loved bicycling and hiking in nature, and late in life enjoyed kayaking in New Hampshire's beautiful waterways. His family and friends will miss his intellect and extraordinary ability to recall events. He was the keeper of family memories, including the exact year of their occurrence, and if one needed to know the name and years of service for any U.S. vice president, you could simply pick up the phone and ask Dave.

Due to the Covid-19 pandemic, a private family service will be held on Thursday, Jan. 28. For all friends and family who wish to attend virtually, the service may be viewed at 4:30 p.m. at the following link:

In lieu of flowers, donations may be made in his memory to the International Myeloma Foundation.

A burial at the NH State Veterans' Cemetery will be scheduled for this spring.
To order memorial trees or send flowers to the family in memory of David E. Johnson, please visit our flower store.
Send a Sympathy Card