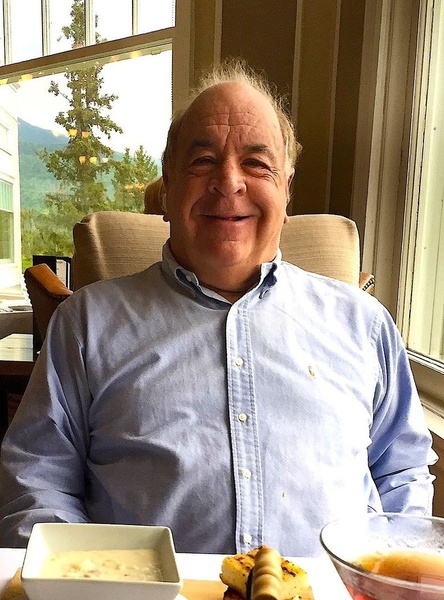 Dr David A. Kenney passed away on Saturday February 27th at the Jack Byrne Center for Palliative & Hospice Care in Lebanon, New Hampshire after a courageous fight with cancer. Dr. Kenney was born and grew up in Littleton, NH. He was predeceased by his parents Arthur J. Kenney and Lorraine A, (Ledoux) Kenney. He attended Littleton public schools and graduated from North Reading High School.

He received a BS from Boston University College of Communications and a masters and doctorate degree from Boston University School Education and post doctoral studies at Harvard University. Dr Kenney was an educator in the Newton, Massachusetts - and for many years - the Belmont, Massachusetts school systems. After his retirement, he moved back to Littleton where he served as a manager at AMC Cardigan Lodge for several seasons. He loved live theatre and served as treasurer and president of Weathervane Theatre in Whitefield, New Hampshire. He was "Clerk of the Works" on the theatre rebuild after a devastating fire, as well as the HVAC project manager. He was an avid photographer and video producer. He enjoyed hiking, skiing, sailing and driving his two Porsches.

He leaves his aunt, Nancy Bell of Farmington, CT, along with his cousins: John T Bell of Farmington, CT, James. F. Kenney of Brattleboro, VT and Dr. Robin Kenney of Peterborough, NH and his wife Leslie Kenney and two daughters Leah Kenney-Butler her husband Anthony, and their two children William and Abigail Butler and Elizabeth Kenney and her husband Michael Jourdan.

In lieu of flowers, donations can be made in his memory to: Weathervane Theatre, Box 127, Whitefield NH 03598

A memorial mass will be held in the near future at St Rosa Catholic Church in Littleton, NH
To order memorial trees or send flowers to the family in memory of David A. Kenney, please visit our flower store.
Send a Sympathy Card