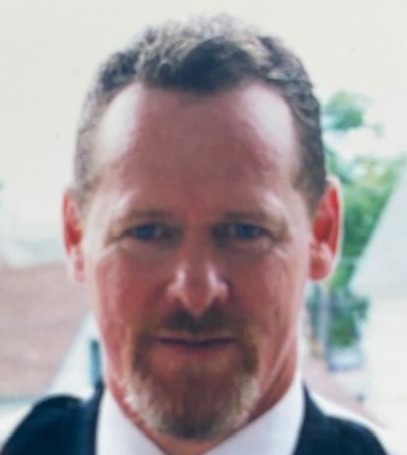 David was born in Oceanside, Long Island, NY on May 4, 1955. He moved to NH as a young boy and lived in Deerfield, Raymond, and Manchester. David worked for Local 131 Union as a journeyman pipefitter for 37 years, retired in 2018 as a member in good standing. David was a self-directed life-long learner with broad interests. He particularly loved history, focusing on the Civil War and WWII. He kept abreast of world events, followed politics, and was an avid Boston sports fan. David was spiritual but not religious. He studied philosophy, naming Emerson and Thoreau as his favorites. He especially loved Emerson’s 1838 Commencement speech for the Harvard School of Divinity and could recite select passages from memory. He was quick witted, a wonderful listener, and a calming presence for those around him. One can’t talk about David without mentioning his beloved Pomeranian dogs who have brought him great comfort throughout his life.

Over the years David quietly and without fanfare, performed wonderful acts of community service. He volunteered for Elliot Hospital Hospice, at the local soup kitchen, the Samaritans Suicide Hotline, and at Valley Street Cemetery where he raised and restored head stones and removed overground brush. He organized a small group of volunteers, apprentices from Local 131, to help him in his endeavor to honor those who had gone before us. He shared that his greatest personal achievement was his thirty-year sobriety thanks to Alcohol Anonymous. He credits AA for helping him transform his life and was grateful for the benefit of what remaining sober afforded him, his loving family.

Prior to his retirement he and his family purchased a small cottage in Northwood, NH that he named “Camp Serenity”. David’s greatest pleasure was spending summers enjoying family gatherings, paddle boarding, teaching the grandchildren how to paddleboard, and cherished quiet time on the lake with his beloved wife.

David was one of five siblings, he is survived by: William H. Schefer, Jr. (brother) and Donna Schefer (wife), Ellen Cronin (sister) and Mark D’Ambrosio, (partner), Jacqueline Bono (sister), Jeremy Bono (husband), Keith Schefer (brother), and Keri Schefer (wife). David was a wonderful uncle to his nine nieces and nephews: Lee and Chelsea, Mary and Mike, Kathryn and Myles, Madelyn and Jillian, Elizabeth, William, Dylan, Mallory, and Elle, as well as his close friend Kathy Paquin, who will all miss him dearly.

In lieu of flowers, gifts in memory of David may be made to Massachusetts General Hospital in support of Dr. Zofia Piotrowska’s and her team’s lung cancer research. Gifts can be made online at https://giving.massgeneral.org/donate or mailed to the MGH Development Office, attention: Keith Erickson, 125 Nashua Street, Suite 540, Boston, MA 02114. Checks payable to Massachusetts General Hospital. Please include in honor of David Schefer on the memo line.

SERVICES: Viewing hours will be held on Friday December 3rd at Phaneuf Funeral Home and Crematorium, 243 Hanover Street, Manchester, NH from 4-6pm, with a service directly following at 6pm. All are welcomed to stay for the service. To view David's Online Tribute, send condolences to the family, or for more information, visit www.phaneuf.net.

To order memorial trees or send flowers to the family in memory of David Schefer, please visit our flower store.
Send a Sympathy Card