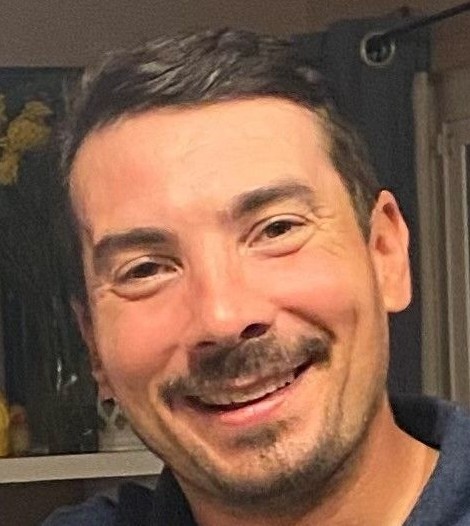 David Joseph Sizer, aged 40, passed away Tuesday, December 7, 2021, of sudden heart failure due to heart disease. David was born December 18, 1980, in Providence, Rhode Island, to Jack and Catherine (Diauto) Sizer. He was the youngest of three boys and spent many years of his youth involved in wrestling, basketball, baseball, and football with his father right by his side, as coach. This same passion followed David as he became a father and he spent many years with his sons, coaching their teams in soccer and baseball, and helping them with hockey.
In his young adult years, he attended Ponaganset High School in Rhode Island and played on the football team, later transferring to and graduating from Hillcrest High School in Sandy, Utah. It was there, in his senior year, that he met the girl he would one day marry, even convincing her to move to New England with him. On September 22, 2007, David married Tamara (Zaloba) Sizer, in Uxbridge, Massachusetts, eventually settling in Allenstown, New Hampshire, in 2009.
David lived a full life in his 40 years and his passing is felt deeply by his family and by all who knew him. He had a passion for music, especially techno music, and had a brief stint performing as DJ Kodak at a couple of raves in Utah in the early 2000s. He was a connoisseur of wine, whiskey, and bourbon, and enjoyed sharing his knowledge of them with others. He started playing hockey again in his adult years and spent at least a couple of nights a week at pickup hockey games in Hooksett and sometimes other locations. He loved being active and appreciated the camaraderie he found at hockey—he made many friends over the years playing the sport he liked most.
Since having children, he found excitement in anything that his kids enjoyed. Whether it be playing in the backyard or around the house, heading to the beach, buying Pokémon cards and LEGOs, or coaching youth sports. He loved being with his family and teaching them all the skills they need to be successful in life.
He was always a helper and a doer, ready to show anyone how to do something on their own or learn a new skill himself. He was so capable in all that he wanted to do. Jack of all trades, master of many, he kept his family safe and secure, and he built a homestead that they hope to continue to grow, completing plans they made as a family.
He truly enjoyed the time he spent recently as “Coach Dave.” He was always willing to coach an extra team, help with umpiring, or help anywhere he was needed. He found happiness helping kids learn about sports and felt passionate about teaching them.
He is survived by his wife, Tamara; their sons, Dominic and John; his mother, Catherine; brothers Jeffrey (Jen) and Stephen; nieces and nephews (Kristen, Kayla, Ashley, Jack, Bowen, and Caden); and his faithful, wobbly-legged friend, Zeus. He was preceded in death by his father, Jack Sizer; paternal grandmother, Joan Sizer; maternal grandfather, John Diauto.
Private services were held for the family and a celebration of David’s life will be planned for 2022. The family would like to thank everyone for their love and support during this difficult time. The meals have provided strength to them each day, and the donations will hopefully be saved to be returned to the various communities David was a part of. In honor of David’s memory, listen to some techno music, learn a new skill or teach a skill to someone, spend time with your family, volunteer in youth sports in any capacity, get your heart checked and know the symptoms of heart disease, get out and play a sport yourself, be patient and kind, and remember to enjoy life.

We love you and will miss you forever, David.