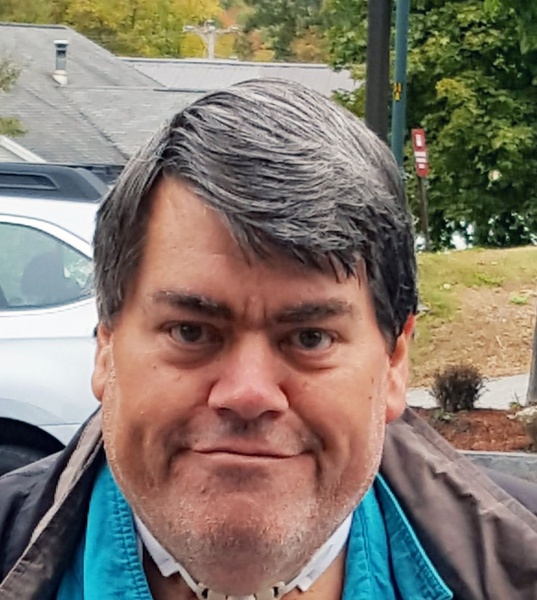 LITTLETON – David Roland Thompson, age 61, of Littleton, N.H., died peacefully on September 3, 2021 with his sister by his side at Concord Hospital – Laconia following a period of declining health.
David was born in Littleton on May 13, 1960 to Roland E. Thompson and Joan R. Thompson and was a life-long resident of Littleton.
Although David faced many challenges from an early age, his family was devoted to ensuring that he lived his best life. And he did enjoy life!! As a young boy, there were family camping trips, fishing with dad, boating with gramp and dad on Moore Dam, picnics and swimming at Forest Lake, vacations in Wells, Maine with dad and mom, and zipping through the snow covered open fields on The Meadow on the child-size Moto-Ski dad had bought for us. At times, he was a bit of a dare devil and a little heavy on the throttle, much to mom’s dismay!
He attended Littleton schools and even though school was a challenge, he worked hard and did his best. Always encouraged and supported by his family and his dedicated teachers and mentors (Bevalie Nute, Frank Ashmore, Rich “Coach” Millen and Dick Friedman come to mind), he achieved goals that some thought he never would! He graduated from Littleton High School in 1980, one of his proudest moments, and he kept a special plaque in his room all these years, a reminder of that special day.
Dave was a familiar face as he was always out and about with mom, then after her passing with Shari, whether it was running errands, having lunch, or as Dave used to say “just riding around checking things out”. He worked at Butson’s Supermarket when it was located on Main Street, and then for several years at The Littleton Courier where he worked in the collating department helping to assemble the weekly paper. He loved music, and dancing, and attended many dances at the Elks Lodge. He would get dressed up, put on his shiny black shoes, slap on a little after shave, get dropped off by the folks, then dance the night away with all the ladies! He was pretty light on his feet! And in those days, he was known to chug a beer, or two, with or without the encouragement from some of the attendees (and you know who you are!).
For many years, Dave was a CB enthusiast, known by his handle “Red Devil”. He would spend hours in his room talking to people near and far. He was passionate about sports and faithfully watched wrestling, Nascar, the Boston Red Sox, Celtics, Bruins and…the Dallas Cowboys. No Patriot’s for him!! He had a “lucky hat” that he wore for his favorite drivers (Earnhardt Sr. and Jr.) and for his favorite team as he watched a race or ball game. When it was time for the National Anthem before the start of each event, Dave would stand, remove his hat and place his hand over his heart. How many of us can say that we do the same?
Dave lived a quiet life and material possessions weren’t important to him. His joy came from simple pleasures in life: family gatherings, visiting with friends, watching his favorite TV shows, or spending time with his great nephew and niece, Aiden and Evyenia, watching their hockey games with Shari. He loved those kids! And of course, he ALWAYS found joy in good food and scratch tickets (as long as they were winners)!!
Following the passing of our mom in September 2018, Dave moved to the Riverglen House in June 2019 where he thrived. He loved being part of the Riverglen community where he made new friends and reconnected with older friends who also called Riverglen their home. He loved the weekly games of Bingo and Jeopardy, doing arts and crafts, and his favorite, the weekly music sessions performed by various local musicians.
He will be remembered most for always being happy, his easy going nature, his kind sole, his positive attitude (even in the most challenging of times) and his wonderful sense of humor. He took great pleasure in playing practical jokes on people and his quick wit and comical antics brought smiles and laughs to many (most of the time)! If you knew Dave, you also knew that he quite frequently had no filter and had a tendency to speak what was on his mind, even if it was inappropriate! There were moments though when no words were needed. He would simply give you that steely eyed glare, or it would be the look on his face and his expressive “Andy Rooney” eyebrows that said it all! Message received!
He treasured the friendships he formed throughout his life and was always happy to see you. If Dave considered you his friend, YOU were the lucky one because he would be a loyal and true friend for life. No matter how many years passed since he last saw you, he remembered your name and how he came to know you. Our lives were enriched for having known him, sometimes in ways that we least expected.

In addition to his parents and grandparents, he was preceded in death by his sister, Brenda, in September 1970.
David is survived by his sister and her husband, Shari and Tom Fenoff of Littleton; his nephew, Steven Fenoff and wife Matina and their children, Aiden and Evyenia; dear family friend and “adopted sister”, Kendra Silver Gould of Hooksett and Florida; his beloved cat, Jenny; his cousins, Bruce (Jody) Blaney, Georgia (George) Caron and Scott Blaney; and many special friends.

There will be no calling hours. A graveside service to celebrate his life will be held on Friday, October 22 at 11:00 a.m. at the Glenwood Cemetery (in the circular section by the pond) with the Rev. Lyn Winter officiating. Please join us to share your favorite memory.

In lieu of flowers, Shari asks that you consider a contribution in David’s memory to the Riverglen House, Attn: Melissa Pilgrim, Activities Director, 55 Riverglen Lane, Littleton NH 03561; or one of the local animal shelters: Second Chance Animal Rescue, 1517 Meadow Street, Littleton NH 03561 or Above the Notch Humane Society, PO Box 98, Sugar Hill NH 03580. To leave a message of condolence or to share a fond memory of David, please visit his tribute page at www.phaneuf.net.

I was blessed to have had such a special brother to share my life with and I’m grateful for every day that we had together. Because of who he was and how he lived, I learned to be a more patient, more tolerant and more accepting person. He was, and will always be, my hero. Dave wasn’t only my brother, he was my buddy and best friend and I miss him deeply. He will be forever in my heart. Shari

To order memorial trees or send flowers to the family in memory of David R. Thompson, please visit our flower store.
Send a Sympathy Card