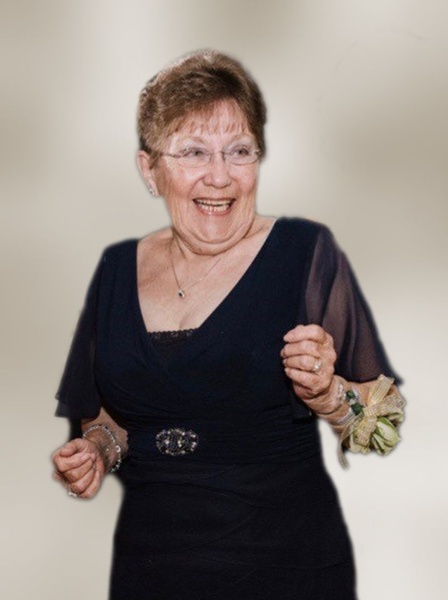 Diana Elizabeth Nelson, 80, passed away at the Elliot Hospital on May 11, 2021. Born in Norwich, Norfolk, England on July 15, 1940, she was a daughter of the late Arthur and Ida (Betts) Funnell. She shared 47 years of marriage with her husband, Ronald Nelson, who predeceased her in 2007.

Diana spent her childhood and younger years in England, where she later met Ron while he was serving in the United States Air Force. They married and began their family in England before moving to the United States in 1961. Diana and Ron lived all around New England, including Massachusetts and Connecticut, before settling in Derry, NH, where they resided for many years. Diana worked as an accountant in Merrimack and after her retirement spent many hours volunteering with the VNA and The Caregivers. Diana was passionate about stock car racing; she enjoyed watching NASCAR and she spent many weekends traveling in her camper to different tracks where she would cheer on her family members as they participated in races. Diana was a beloved mother, grandmother, great-grandmother, sister, and friend who will be missed by all who knew her.

Diana is survived by her sons, Robert Nelson and his wife Amy of Hooksett and Keith Nelson and his wife Robyn of Derry; his daughter, Tina Plante and her partner Joseph Schumann of Loudon; seven grandchildren, Brittany Farrar, Cory, Ryan, Tyler and Dylan Nelson, and Jonathan and Nicholas Plante; six great-grandchildren, Ryan, Madisyn, Ellie, Kingston, Cassius and Charlotte; her sisters, Marjorie Bond, Rene Rix and Shirley Barber and her husband Roger, all of England; and her brother, Graham Funnell and his wife Rosie, also of England; as well as many nieces, nephews, extended family members and friends. In addition to her parents and husband, Diana was predeceased by her brother, Alfred Funnell.

A graveside service will be held on Tuesday, May 25th at 11am at the New Hampshire State Veterans Cemetery, 110 Daniel Webster Highway, Boscawen, NH. Family and friends will also be invited to attend a Luncheon at Alan's of Boscawen, 133 N. Main Street, Boscawen, following the cemetery service.

In lieu of flowers, donations in Diana's memory may be made to the Visiting Nurse Association of Manchester and Southern New Hampshire at www.manchestervna.org
To order memorial trees or send flowers to the family in memory of Diana Elizabeth Nelson, please visit our flower store.