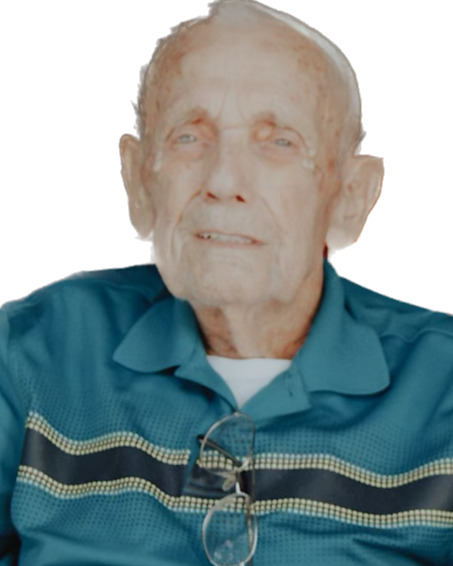 Donald was born in Wilmington, MA June 24, 1929, to William C. Sr. and Edith (Meuse) Blades. He proudly served his country with the United States Army doing a tour of duty in Germany in 1948-1949, as well as serving in 1950-1951 during the Korean War. Upon honorable discharge from the military, Donald embarked on a new adventure. He opened Don Blades Plastering which he operated in Massachusetts and New Hampshire and enjoyed a successful career spanning several decades until he retired and his son, Donald Blades Jr. took over the family business. He married Dorothy Milliken June 27, 1954, and together they raised seven children.

Donald enjoyed conversation and camaraderie among friends at the Elks Lodge in Billerica, MA and dominated the lanes as a member of his bowling league. He was always generous with his time, affection, and money, supporting the many causes he held dear such as St. Jude’s Children’s Hospital, the Florida State Troopers, various animal shelters and organizations, and the Wounded Warrior Project.

Donald was survived by his beloved wife, Dorothy Blades, for a mere 19 hours before she also passed away and the two were united again in death. He leaves his six surviving children behind, Donald Blades Jr. and wife Theresa of Fremont, Douglas Blades of Sandown, Dorene Heselton and partner Joseph Bodge of Epping, Diane Hammond and husband Rick of Deerfield, Donna McDonald of Allenstown, and Denise Davidson of Loudon; his brother, Richard Blades of Florida; and many grandchildren and great-grandchildren. In addition to his parents, he was predeceased by all six of his siblings and his cherished daughter, Darlene Nicholson.

Family and friends are invited to gather Wednesday, January 18th 11:00am-1:00pm at Phaneuf Funeral Homes & Crematorium, 172 King Street in Boscawen. Funeral Service for both Donald and Dorothy will be held at 1:00 in the funeral home chapel followed immediately by a graveside service where he will be laid to rest with military honors at the New Hampshire State Veterans Cemetery in Boscawen. To view an online memorial, leave a message of condolence, or for more information please visit https://phaneuf.net/.

To order memorial trees or send flowers to the family in memory of Donald H. Blades, please visit our flower store.