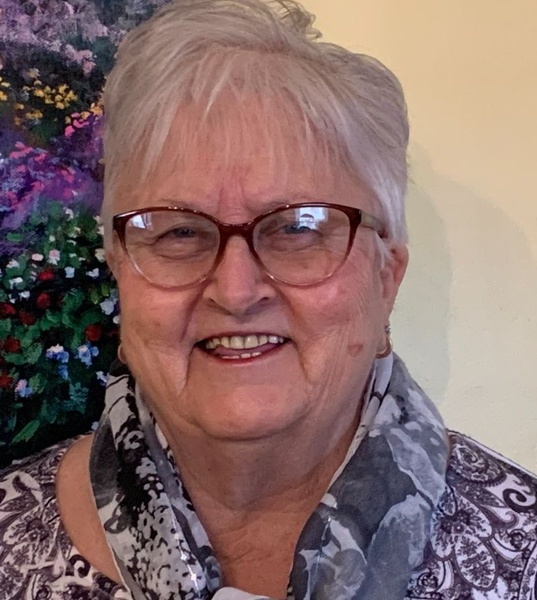 Dora was taken home by her Lord on November 25, 2021 at her home in Manchester, NH. She left this earth after a long battle with breast cancer. She would always say “I have cancer, it doesn’t have me”.

Dora was born on February 8, 1945 in Leon, Iowa. She lived her entire life in Decatur County, Iowa, except when she moved to Manchester, NH to live with her daughter, Sheila, and her husband, Will, for the last four years. She married the love of her life, Loren, on July 30, 1962. She and Loren welcomed two daughters, Kimberly and Sheila. Dora was a devoted wife, mother and grandmother, as well as a loving friend and aunt.

She was preceded in death by her older brother, Mike, and her parents, Elmer and Imogene. Her husband, Loren, preceded her in death after 47 years of marriage. If it had been up to Dora and Loren, they would have spent another 47 years together quite happily.
Dora leaves behind her daughter, Kimberly (John) of Leon, IA, daughter Sheila (Will) of Manchester, NH. Four grandsons: Daniel (Lusi), Aaron, James (Aurora), and Garrett. Two great-grandchildren, nieces and nephews.

During Dora’s life, she was foremost a caregiver. She spent the majority of her career as a nurse’s aide and then at the age of 39, went back to college to become an LPN. Dora had a special love for the elderly and was always happy when working with them and always tried to brighten their lives with fun and laughter. She also spent many years as the wife of a minister with all the duties and joys that entailed.

Dora received the Lord as her personal Savior at the age of 21. She became active in her church, by singing in the choir, teaching Sunday School, and participating in the women’s group.

In her personal time, Dora loved to cook and fish, as well as paint. She got the nickname “kitchen chemist” as she would never follow a recipe. It had to be tweaked somehow to “just see” what it would taste like.

Dora will be greatly missed by her family, friends and honorary family members.

To order memorial trees or send flowers to the family in memory of Dora Louise Rumley, please visit our flower store.
Send a Sympathy Card