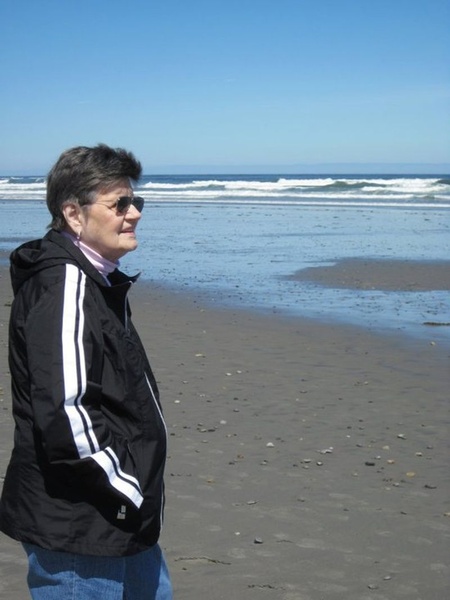 Dorothy R. Adkins, 86, of Manchester, NH, died peacefully on Thursday, June 24, 2021 at her residence, surrounded by her family.

Mrs. Adkins was born on April 20, 1935 in Manchester, NH, the daughter of the late Reginald and Anna (Gionet) Duggan.

Prior to her retirement, Mrs. Adkins was employed at Harvey Industries where she was an assembler.

She enjoyed spending time with her family, birdwatching, and going to the beach. She was an avid fan of the Boston Celtics and the Irish group Celtic Thunder.

As Dottie's favorite saying goes: "Getting old ain't for sissies."

SERVICES: Calling hours will be held on Wednesday, June 30, 2021 from 5â€“8 PM at Phaneuf Funeral Homes and Crematorium, 243 Hanover Street, in Manchester. A Mass of Christian burial will be celebrated on Thursday, July 1, 12 noon at St. Pius X Church, 575 Candia Road, in Manchester, NH. Committal prayers and interment will follow at St. Joseph Cemetery in Bedford, NH.

Donations can be made to VNA Home Health and Hospice Services, manchestervna.org, in memory of Mrs. Adkins.

Phaneuf Funeral Homes and Crematorium assisted the family with arrangements. To view an online memorial, leave a message of condolence, or get more information please go to www.phaneuf.net
To order memorial trees or send flowers to the family in memory of Dorothy R. Adkins, please visit our flower store.
Send a Sympathy Card