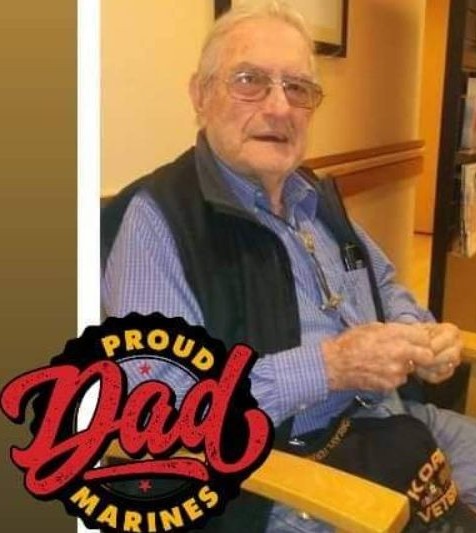 Edward J. Caron Sr. 88, of Epsom NH, passed away peacefully after a long battle with Alzheimer’s on September 6th, 2021 with his family by his side. Born on April 4th, 1933 to the late Edmond & Pearl (Lariviere) Caron, Edward would go on to marry the love of his life, Pauline Prive, with whom he shared 62 years of marriage.

Edward was born and raised in Manchester, NH, where he lived and worked on his family farm for many years. After turning 17 he enlisted himself with the US Marines where he proudly served in Korea and earned the congressional medal of honor and many other prestigious awards. Upon his retirement from the Marines, he was a decorated war hero and a proud servant to his country. Upon returning home he worked in construction and trucking for the rest of his life.

Those who knew Edward will remember a strong, loyal, and hardworking man who would do anything for his family. Living on the farm, Edward quickly learned the merits of hard work, a lesson he carried with him for the rest of his life. When he wasn’t working, Edward loved being outside, whether he was hunting, fishing, camping or doing anything in the woods, Edward was at home. He also loved adventuring with his family, a nice long drive, and travelling to Florida in the winter with his wife Pauline. Above all else, Edward loved his family immensely, and was a pillar of strength for his wife and children.

Edward will be laid to rest on Saturday, September 11th at 10:00 AM at Mt. Calvary Cemetery, 474 Goffstown Rd. in Manchester, NH. A celebration of life will take place immediately afterwards at the Kings Town Park on route 28 in Epsom, NH.

In lieu of flowers, donations can be made to the Alzheimer’s Association.
https://act.alz.org/site/Donation2?df_id=32112&321...

To order memorial trees or send flowers to the family in memory of Edward J. Caron Sr., please visit our flower store.