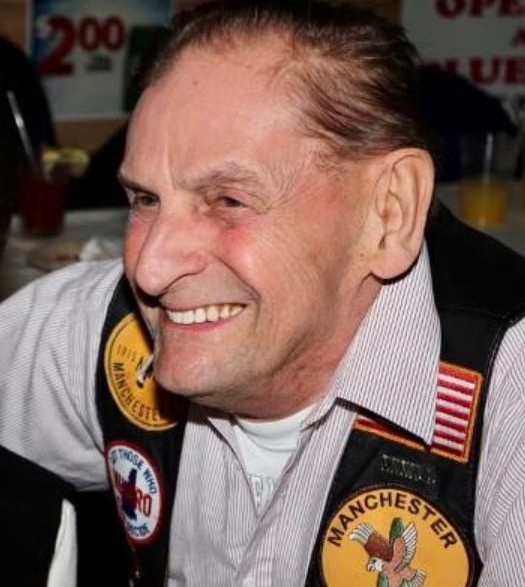 Edward Roland Hudon, age 79, passed on October 26, 2021, supported by his loving family. Ed was born in Manchester, New Hampshire, son of Lucien Hudon and Cecil Hudon (Thibeault). He is survived by Joanne Hudon (Attalla) his loving wife of 59 years and his siblings Wilfred Hudon and wife Pauline; Laura Vallee and husband Victor (deceased); Claire Griffin and husband John; Peter Hudon and wife Aggie; Paul Hudon; Jeannette Borun and husband Mark. He is predeceased by brothers Leo and David Hudon. He is also survived by a number of treasured nieces and nephews.

After high school, Ed joined the Army National Guard and was activated during the Berlin Crisis in the late ‘50s. After serving he went on to become an accomplished auto mechanic, opening three service stations in the Manchester area. During his final working years, Ed was a short order cook at a local diner where he met many friends.

During his free time Ed enjoyed spending time with his family and traveling the country visiting historical sites with his wife. He was also very involved with the motorcycle community. He was successful in maintaining the Manchester Motorcycle Club, after taking the reins from Louise and Jim Forrest, former owners of the original Manchester Harley Davidson. In the early ‘60s the Manchester Motorcycle Club, the second oldest continually operating club in the United States, moved to Ed’s home in Litchfield where meetings were held until the pandemic. Ed, with his long-time friend, Paul Demoorjian oversaw the Club’s yearly collection of the Santa Fund and managed to raise a significant amount of money towards the cause.

Calling hours will be held on Tuesday, November 9th from 10:00am to 12:00pm, immediately followed by a service at Phaneuf Funeral Home at 243 Hanover St. Manchester NH. A motorcycle procession will proceed to the Veterans Cemetery after the service. Old members are welcome.

In lieu of flowers, donations can be made to the Litchfield Firefighters Association, 10 Liberty Drive, Litchfield NH, 03052.

To order memorial trees or send flowers to the family in memory of Edward R. Hudon, please visit our flower store.
Send a Sympathy Card