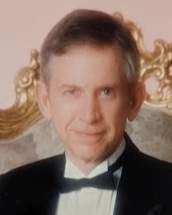 Emerson Kennard “Ken” Fletcher, 90, of Goffstown, NH, passed away at Catholic Medical Center on November 8, 2022 at 1:30PM. Born in Cambridge, MA on March 19, 1932, he was a son of the late Ralph Fletcher and Priscilla (Kennard) Chapin. He shared over 30 years of marriage with his wife, Jovita “Jovy” (Jumaquio) Fletcher.

Ken was raised in Westford, MA and graduated from St. Mark’s School. A proud veteran, Ken served in the United States Army. Ken was a graduate of MIT, where he studied mechanical engineering and business. He served as Vice President of H.E. Fletcher Granite Company and later worked as a real estate broker with Masiello Real Estate. Ken loved the outdoors and enjoyed spending time skiing, sailing, and flying his plane.

Visitation will take place on Saturday, November 19th from 9-11AM with a short funeral service at 11AM at Phaneuf Funeral Homes and Crematorium, 243 Hanover Street, Manchester, NH. Burial to follow at 12:30PM at Lowell Cemetery, 77 Knapp Ave, Lowell, MA.

To order memorial trees or send flowers to the family in memory of Emerson Kennard Fletcher, please visit our flower store.