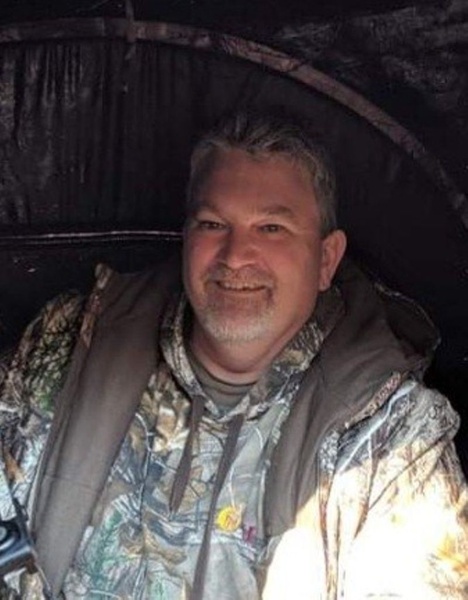 Eric T. Cushing Sr., 56, of Litchfield NH, passed away peacefully at home on February 20th, 2021 surrounded by family and friends. He was born on November 6th, 1964 to Robert V. Sr. & Carole (Pelillo) Cushing in Concord, NH, and would go on to marry his best friend and love of his life, Kim, with whom he shared 15 years of marriage.

In his younger years, Eric toured as a US marine and served in Okinawa, Hawaii, and other parts of the world. Throughout his life he was incredibly proud of his service, and he lived by the Marine Code of Honor until his final day. He would later go on to work as a counselor at the Youth Department of Corrections where he was informally known as "Cush" and helped make a difference in the lives of struggling adolescents.

Eric will be remembered by all who knew him as a generous, selfless, and loyal man with a tough exterior but a warm and caring heart. In his free time, he loved to be outdoors; hunting, fishing, camping, boating and enjoying nature. He was able to hunt his first deer in 2020 which he was eternally proud of. He was also an amazing cook who loved cooking for friends and family, especially during the holidays and his annual 4th of July cookout outfitted with fireworks, food, and fun for all. Memories of his famous corn chowder will not be soon forgotten. Above all else, Eric adored his family, and will be deeply missed by all whose lives he touched.

Until his final days, Eric was a devout Catholic and Parishioner of St. Francis of Assisi Church, and a proud member of the Knights of Columbus.

A funeral mass for Eric will be held on Thursday, February 25th at 11:00 AM at the St. Francis of Assisi Church, 9 St. Francis Way, Litchfield, NH.
In lieu of flowers, donations can be made to the Manchester VNA.

https://www.manchestervna.org/give-a-gift
To order memorial trees or send flowers to the family in memory of Eric T. Cushing, please visit our flower store.
Send a Sympathy Card