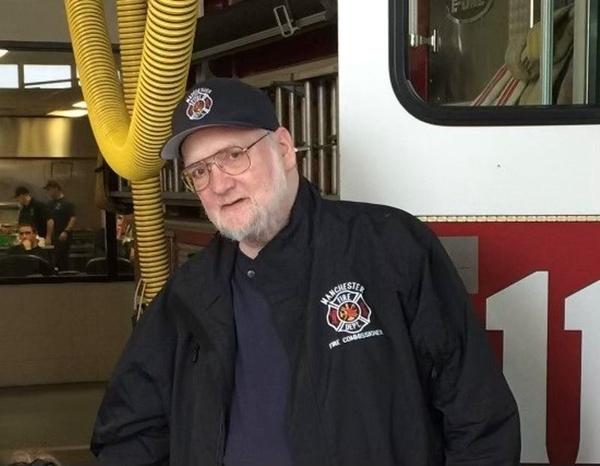 Eric was born in Manchester, New Hampshire on October 29, 1951, the only child of Irvin and Catherine (Bowler) Sawyer. He was a 1970 graduate of Manchester Memorial High School. After High School Eric attended Tulane University where he was a member of the Tau Epsilon Phi fraternity. He also worked at the Manchester Water Works during the summers to help fund his education. Eric completed his Bachelors Degree in Engineering in 1974. In 1975, he married Mary Beth Podesta of San Antonio, TX and they welcomed a son, Christopher, in 1979.

In the late 1970s and early 1980s he worked as a Mechanical Engineer at the McDonnell Douglas Corporation in St. Louis, MO. During his tenure there he helped develop the Space Shuttle Orbital Maneuvering System and the all-composite forward fuselage for the AV-8B Harrier aircraft. Eric loved woodworking in his spare time and eventually started his own custom cabinetry business which he sold in the late 1990s.

Eric relocated back to New Hampshire in 1998 and subsequently immersed himself into the Greater Manchester community where he was an advocate for the rights of the disabled. He also had a deep and abiding respect for the Manchester Fire Department, eventually serving several terms as a city Fire Commissioner where he had a habit of delivering meals to the station during the holidays. A consummate lifelong learner, Eric loved reading about history and continued to deepen his Engineering knowledge in various areas, long after leaving the profession, till the last year of his life.

Eric is survived by his son, Christopher Sawyer and daughter-in-law, Leslie (Marcum) Sawyer of Milford, NH and his beloved granddaughters, 7-year-old Arianna and 5-year-old Ainsley. He also leaves behind his former wife, Mary Beth (Podesta) Sawyer of San Antonio, TX.

The family will receive visitors Friday, March 5th, 9:00-10:00am at Phaneuf Funeral Homes & Crematorium, 243 Hanover Street in Manchester. Funeral service will be held in the funeral home chapel at 10:00 and burial will follow immediately at Pine Grove Cemetery, 765 Brown Avenue in Manchester. Please note that current restrictions limit funeral home capacity to no more than 50%. Those in attendance are respectfully requested to wear face coverings and practice social distancing.

In lieu of flowers, memorial contributions may be made to: Firefighters Relief Association, 100 Merrimack Street, Manchester, NH 03101. To view an online memorial, leave a message of condolence, or for more information please go to www.phaneuf.net.
To order memorial trees or send flowers to the family in memory of Eric Sawyer, please visit our flower store.
Send a Sympathy Card