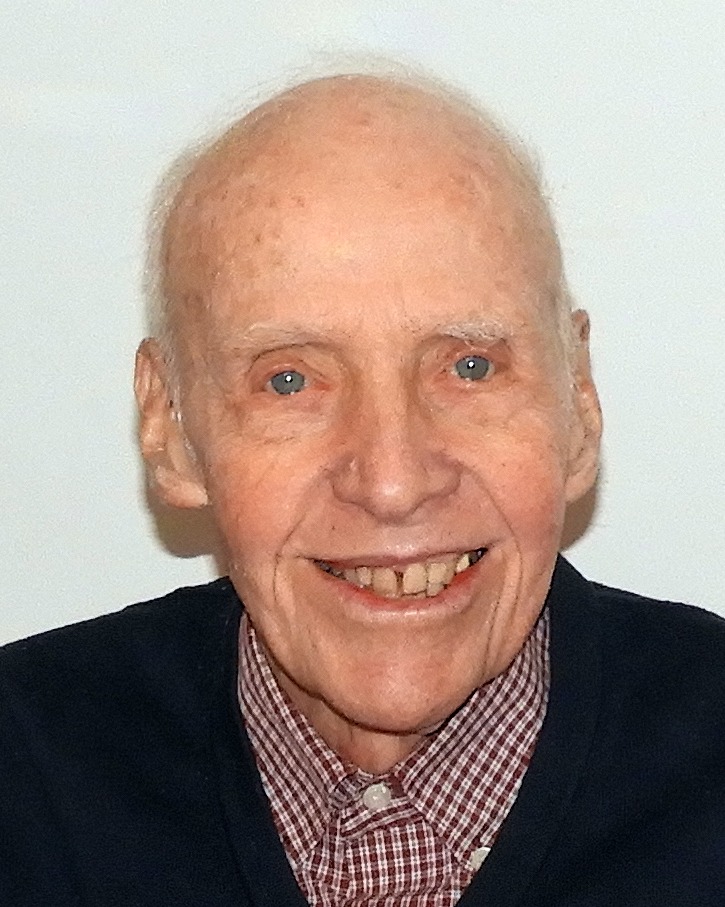 Ernest Lederman, of Milford, NH, passed away peacefully on December 16, 2022. This loss has left his family and friends deeply saddened. He will be truly missed in so many ways.

“Ernie” was born on February 22, 1935, in Bronx, NY to parents Margaret and Edward Lederman. He attended Bishop Loughlin High School in Brooklyn, NY and enlisted in the Army upon his graduation. He served from 1953 to 1955 and was stationed in Germany.

In 1955 Ernie attended the University of Aeronautics in Queens, NY to study engineering. In addition, he also worked as a Security Guard at Holmes Electric Detection in Manhattan. Upon graduation in 1960, Ernie worked at United Technologies in Windsor Locks, CT.

Ernie was blessed with a large and loving family. Upon returning from Germany, he met his wife to be, Barbara Benosky, and they were later married on November 22, 1955 and lived happily together for the next 50 years. They raised five daughters. Ernie was a strong, kind, loving, and supportive father; his family brought him great joy and happiness. He was an extremely hard worker, dedicated and determined to provide a great life for his family.

The Lederman family moved to Hartford, CT in 1960 and later to Tolland, CT in 1962. Ernie was hired at Honeywell as an Electrical Engineer in 1961 and continued his work there for 34 years as an Operations Manager; he retired on May 1, 1995 and continued to work part time as a consultant until he fully retired in 2001.

In 1973, Ernie, Barbara and his four daughters, Barbara, Catherine, Theresa, and Patricia moved to the Berkshires to the town of Blandford, MA. They loved living in the country with their sightings of black bears, owning a horse, raising chickens, and caring for their pet rabbits, dogs and cats. In 1977, they welcomed their fifth daughter, Elizabeth, to complete their family.

In 2006, Ernie’s cherished wife, Barbara, passed away at the age of 67 after a courageous battle with cancer. In 2012 he moved to Milford, NH to be closer to his daughters and lived with positivity and determination to ensure he continued to do the things he loved in life. Ernie lived in Milford, NH for the remainder of his life where he made many new friends and enjoyed time with his family.

Ernie loved photography, birds, New England Patriots, swimming, dogs, wildlife, hiking, cycling, mathematics and engineering. He was technology proficient and interested in all the latest advancements. He loved cycling and would ride his bike over 1,000 miles each summer. He hiked at Mine Falls in Nashua, NH and was very active throughout his lifetime. Others described Ernie as an extremely kind, loving, gentle and peaceful person.

He is survived by his daughters, Barbara Vasile and husband Anthony Vasile from Ellington, CT; Catherine Bury and husband Stanley Bury from Brookline, NH, Theresa and husband John Camara from Candia, NH, Patricia and husband Gerry Gonser from Hindsdale, NH and Elizabeth and husband Mark Huddle of Athens, GA. He was predeceased by his mother and father, Margaret and Edward Lederman, his brother Edward Ledermann, his wife Barbara Lederman and his granddaughter Rebecca Vasile Bump. Ernie leaves behind 13 grandchildren and 11 great-grandchildren. He will forever be in our hearts and missed very much.

Private services will be held with the immediate family. The family requests that in lieu of flowers please consider a memorial donation to the Dartmouth Hitchcock Cancer Center in Lebanon, NH with the following link: https://cancer.dartmouth.edu/donate
To order memorial trees in memory of Ernest Lederman, please visit our tree store.