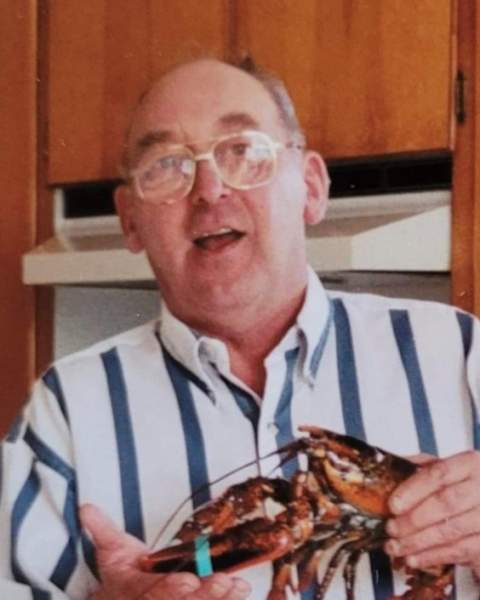 Étienne (Steve) Joseph Poirier age 77 passed away in the early morning hours of August 16, 2022, at his home in Lincoln, New Hampshire.

He was born in Maisonnette, New Brunswick, Canada in 1945. The 6th of 9 children to Edmond and Philomène (Landry) Poirier, he grew up in a large, close-knit, French-speaking Acadian family. He worked on the family farm, situated on the beautiful and ever-changing Bay of Caraquet. He trained as a mason during his teenage years and worked in a mine where he was involved in a mining explosion and collapse that injured his leg. He emigrated to the United States in 1964, learned to speak English, and established roots in Lincoln, New Hampshire. He first stayed with his aunt, “Matante” Rose (Landry) and uncle, Henri Binette, and then with his uncle, Maxime Landry, aunt, Lina, and their family. He got a job working at the Lincoln paper mill and then started his own masonry business. He married his loving wife, Betty, in 1967, and with the help of her father and brothers, built a tiny house in Lisbon, N.H. He then built their forever home where they raised their family in Lincoln. When masonry work was slow in the winter season, he worked at Loon Mountain as the steam train engineer. Later in life, he worked for a short time at Lin-wood School as a custodian before getting a job at the N.H. state garage where he finished his working career. He always loved his work and was a hard worker.

He was a communicant of St Joseph’s Catholic Church, in Lincoln, for 58 years, and a member of The Knights of Columbus. He was a frequent blood-donor, giving over 20 pints of blood from his early adulthood until he couldn’t give any more.  He often drove people to medical appointments whenever they needed a ride.

He enjoyed gardening in his backyard, growing his favorite vegetables: tomatoes, potatoes, cucumbers and yellow beans. He loved cooking for friends and making meat pies. He was a great storyteller and quick to tell a joke! (“Who can refuse a free piece of pie?”) He loved eating seafood, especially lobster and clams. He enjoyed digging for clams during his summertime family vacations to his hometown, often eating an entire mixing bowl full of raw clams, dug from the beach that bordered his family’s farm.

Steve and Betty enjoyed annual winter travels to New Port Richey, Florida for the last 14 years, where they rented a house next-door to Betty’s youngest brother.

He is survived by his wife Betty, his two sons Mark (partner, Francis) and Steve (wife, Dawn), his grandchildren Mason, Matthew and Preston, his two sisters, Rose (Clarence), Alfreda (Paul-Émile), his four brothers, Gilles (Marcella), Réal (Patricia), Clarence (partner, Louise), Sylva, and dozens of nephews, nieces and cousins throughout eastern Canada and New England. He always knew how to make them laugh!

He is predeceased by his father Edmond, his Mother Philomène, his brother Valmont (Monique - living), and his sister Odette (Valmond – living).

The funeral is scheduled for Tuesday, August 30, 2022 at St. Joseph's Catholic Church in Lincoln, N.H. Viewing will be downstairs, from 10:00 a.m. to 10:45 a.m. Mass will be held at 11:00 a.m. upstairs, followed by a burial ceremony at Riverside Cemetery. Lunch reception and celebration of life slideshow to follow at the family home. Remembrances gratefully received by Betty at 48 Mansion Hill Drive, Lincoln, N.H. 03251. Étienne always preferred to give help and donations directly to people around him whom he thought needed it. Instead of sending flowers, please offer help or “pay it forward” for someone whom you think needs it within your own community.

Pillsbury Phaneuf Funeral Home has been entrusted with arrangements. To view an online tribute, leave a message of condolence or for more information please visit www.phaneuf.net.

To order memorial trees or send flowers to the family in memory of Étienne J. Poirier, please visit our flower store.