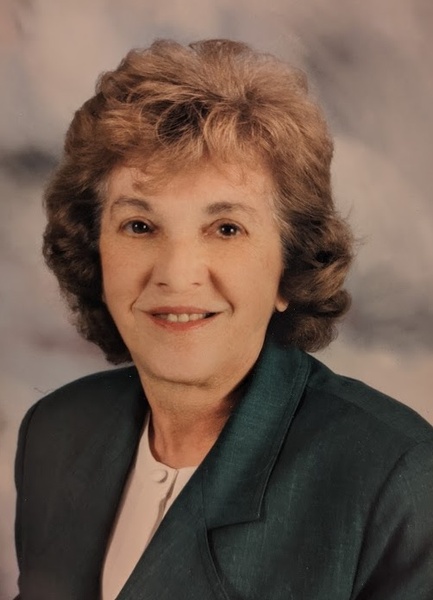 Eugenia was a 1946 graduate of Central High School. She retired from Energy North. After retirement, she volunteered for 14 years in administration with the Manchester Fire Department and received the key to the city in 1993 for her volunteer work. She was a member of St. Nicholas Church and Order of the Eastern Star, Ruth Chapter No. 16.

Eugenia is survived by a son, Paul Keriazes (Diane) of Bedford; daughter-in-law, Maryann Keriazes (partner Bernie McLaughlin) of Laconia; three grandchildren, Alex Keriazes (Krystle) of Allenstown, Lauren Keriazes of Bedford, and Robyn Keriazes of Auckland, New Zealand; two great-grandchildren, Kennedy and Blake of Allenstown; as well many nieces, nephews and cousins. She was predeceased by her husband, Harry Keriazes, in 1987, her son, Thomas Keriazes, in 2012, and her siblings, Evangeline Dakos, Helen Siekaniec, Charles Moulis, and Rita Laforge.

The family would like to thank the staff at Hillsborough County Nursing Home and Elliot Hospital for their kind and compassionate care.

Services will be held on Tuesday, June 28th at St. Nicholas Greek Orthodox Church, 1160 Bridge Street, Manchester, NH 03104. Visitation at 9:30am with funeral service at 10:30am. Burial to follow at Pine Grove Cemetery.

In lieu of flowers, donations may be made to St. Nicholas Greek Orthodox Church.

To order memorial trees or send flowers to the family in memory of Eugenia M. Keriazes, please visit our flower store.