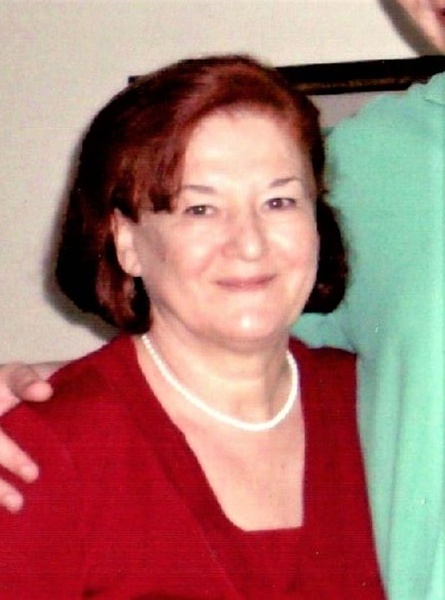 Evangelia (Lee) DeRossi passed away on January 5, 2021 at her home in Manchester, NH. She was born on February 11, 1945 in Chariessa, Greece to Dimitrios and Efimia Vasileiou.
Lee resided in Greece until shortly after she met her husband, and in 1972 they were happily married until his passing in 2001.
Lee was primarily a homemaker and traveled much of the world during various assignments with her children and husband, a Department of Defense employee. They traveled to Morocco, Africa, multiple cities and towns in Germany, San Diego, CA, Newport News, VA and Louisville, KY among others.
During her retirement, she enjoyed cooking, spending time with friends, and her cat Henrietta. She was always available to greet you with a warm smile, great conversation and a world-class meal.
Lee was predeceased by her husband Nickolas in 2001, and her daughter, Veronica, in 1988.
She is survived by her son Nickolas, sister Dora Theodorou of Greece, Georgia Panopoulos and Lambrina Taklis of Australia; brothers Euthimios (Makis) Vasileiou and Ioannis Vasileiou of Greece, as well as several cousins, nieces, and nephews.
She will be dearly missed by those who were fortunate enough to have spent time with her during life.
Services will be held at a later date at the convenience of the family.
In lieu of flowers, donations in Lee's memory can be made to the American Diabetes Association 260 Cochituate Rd #200, Framingham, MA 01701.
To view Lee's Online Tribute, send condolences to the family, or for more information, visit www.phaneuf.net.
To order memorial trees or send flowers to the family in memory of Evangelia Lee DeRossi, please visit our flower store.
Send a Sympathy Card