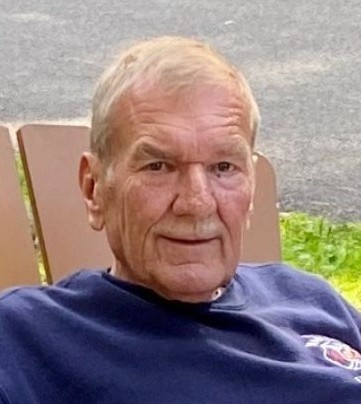 Gary Lee Goley, 74, of Manchester, NH, passed away on September 17, 2021 at Brigham and Women’s Hospital. Born in Manchester on November 15, 1946, he was a son of the late Thomas and Alice (Ordway) Goley. He shared 55 years of marriage with his wife, Mary (McGrail) Goley.

Gary was raised in Bow, NH and graduated from Pembroke Academy. He was a Manchester resident for many years. Gary was well known in the community. He was a Lieutenant with the Manchester Fire Department, where he worked for 26 years prior to retirement. He also worked at the Granite Group. He was a member of the Air National Guard Reserves and was an active member of the American Legion Sweeney Post #2 in Manchester. In his spare time, he enjoyed hunting, fishing and watching Nascar.

Gary’s family would like to thank the doctors, nurses and staff at Brigham and Women’s hospital for the kind and compassionate care they provided to him.

A graveside service will be held at 11am on Friday, September 24th at St. Joseph Cemetery, 448 Donald Street, Bedford, NH.

In lieu of flowers, donations in Gary’s memory may be made to the Manchester Firemen’s Relief Association, 100 Merrimack Street, Manchester, NH 03101

To order memorial trees or send flowers to the family in memory of Gary Lee Goley, please visit our flower store.
Send a Sympathy Card