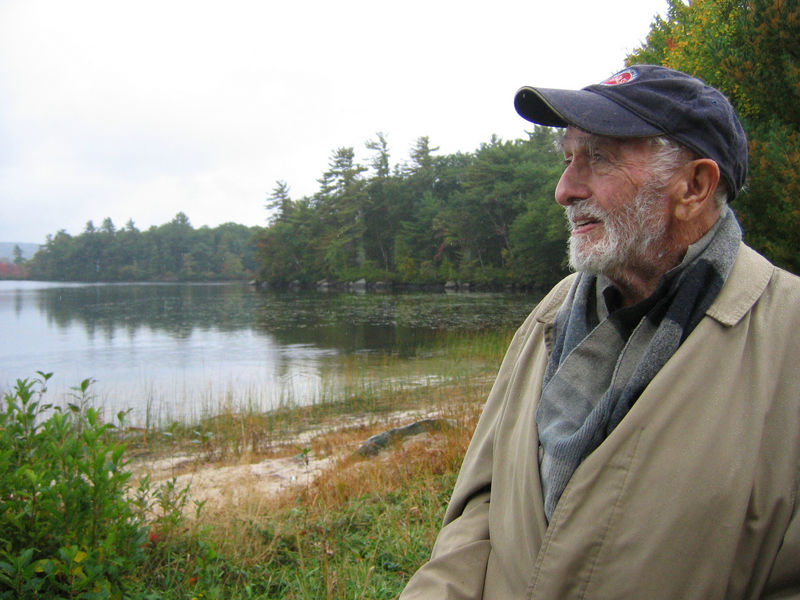 George C. Soule, 94, a lifelong resident of Manchester and the architect of many notable buildings and residences in the city and region, passed away October 1, 2008 at the Elliot Hospital. In His Life: George Soule was born on June 30, 1914, the second child and only son of Katherine Soule Bunton. In the midst of the Great Depression he won a scholarship to Yale University where he earned a Bachelor of Fine Arts Degree. After graduation he returned to New Hampshire where he lived and worked for the rest of his life. He taught art classes at the Institute and at St. Anselms College. He was an architect and the owner of Soule Associates for over twenty years. He personally designed many residential, commercial and municipal buildings that grace the city to this day. An accomplished lifelong artist, his artwork was displayed at Hatfield Galleries. Some of his work can be seen in buildings throughout the city, including a 1956 mural that still graces the first floor of the NH Art Institute on Hanover Street. A nature lover and outdoorsman, he could often be seen (and heard) hiking with his dog and playing his flute around Lake Massabesic, through Bear Brook State Park and along woodland and mountain trails throughout the state. He lived life to the fullest. His wife for sixty years, Barbara (McKelvie) Soule died in 1996. He is survived by a son, Peter Soule of Alexandria, two daughters, Patricia Soule of Concord and Cynthia Soule of Acton, MA, eight grandchildren and one great grandchild; one nephew, one niece – and many friends and neighbors who helped make his later years of independent living possible and fun. A private memorial service is scheduled for a later date. Phaneuf Funeral Homes and Crematorium is in charge of arrangements. For more information, go to www.phaneuf.net.
To order memorial trees or send flowers to the family in memory of George C. Soule, please visit our flower store.
Send a Sympathy Card