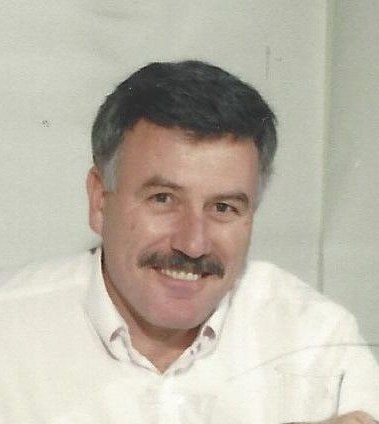 Gerald (Gerry) C. MacNeil, 77, of Bedford, New Hampshire passed away on October 6, 2021 after battling a long Illness. He was born in Queens, New York, and at an early age his family moved to Pompano Beach, Florida. After graduating from high school, Gerry enlisted in the U.S. Air Force and served from 1962 to 1966. Gerry met the love of his life, Donna France, when he was stationed with the USAF in Wichita, Kansas. After Gerry served a tour of duty in Southeast Asia and returned to the United States he was honorably discharged from the Air Force. Donna and Gerry were married on October 8,1966. They then moved to the Manchester, New Hampshire area to start the first Pizza Hut franchise in New England. Gerry opened his first Pizza Hut store on Second Street in Manchester in 1967. Over the next several years Gerry followed his entrepreneurial spirit and opened many more Pizza Hut stores across New England. Gerry and Donna retired from their Pizza Hut businesses before Gerry was 30 years old.

Gerry developed an interest in flying during his service in the U.S. Air Force and he became an accomplished pilot after retirement. Gerry’s flying developed into an interest in general aviation and he acquired, Nashua Aviation Inc. at the Nashua Airport. Nashua Aviation provided flight services and pilot training classes for those who shared Gerry’s passion for flight. Gerry was an entrepreneur and developed several other businesses over the years including “MacNeil’s Ice Cream Parlor & General Store”, “New England Paraplane” and “MacNeil’s Banquet Facilities”.

Gerry supported and encouraged Donna when she applied to the FCC for a license to develop a new radio station in the Manchester area. Donna successfully navigated the FCC regulations and started a new radio station, The FOX 96.5 FM in the Manchester. Gerry also mentored and advised several young entrepreneurs starting their first businesses, including his brother Wayne MacNeil who developed Certified Diesel in Englewood, Florida.

Donna and Gerry have been animal lovers all their lives and had many dog and cat companions over the years that enriched their lives immensely. They both enjoyed a great variety of wildlife (turkeys, deer and moose, ducks and geese, bears and raccoons, and a great variety of birds) that past through their properties. Gerry was literally someone that “wouldn’t hurt a fly”. Gerry was known for returning small critters he found in his home or business to the outdoors unharmed, including flying and crawling insects.

Gerry is survived by Donna, his wife, business and life partner of 55 years, and by his brother Wayne of Florida, as well as, by friends and business associates he treasured as family. Gratitude is extended to the many healthcare professionals who provided compassionate care to Gerry during his illness and to Kelley Molloy at Phaneuf Funeral Home for her counsel and support.

A celebration of Gerry’s life is planned at the site of Gerry’s first Pizza Hut location, 845 Second Street in Manchester, New Hampshire, in front of KC’s Rib Shack, from 5 PM to 8 PM on Wednesday, November 17, 2021.

To order memorial trees or send flowers to the family in memory of Gerald C. MacNeil, please visit our flower store.
Send a Sympathy Card