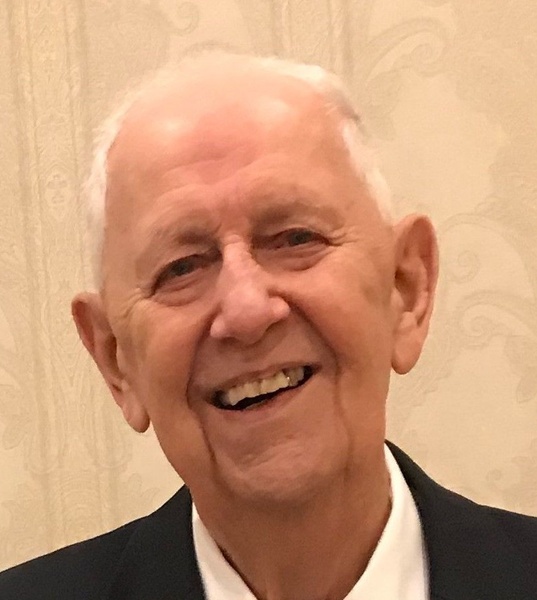 Gerard “Gerry” Roger Morin, 93, of Manchester, passed away at Hanover Hill Health Care Center on January 12, 2022, with his family by his side after a period of declining health due to dementia.

He was born in Derry on December 20, 1928, the son of the late Alexis and Helenda (Champagne) Morin. Gerry was educated in Manchester and attended school at Ste. Marie. He was a United States Marine Corps Veteran. He had worked for many years as a foreman for Pandora Industries. Upon retiring at the age of 62, Gerry lived in Florida with his wife Madeleine for nearly 20 years, returning to NH every summer for quality family time. Gerry was a parishioner of Ste. Marie Church. He was an avid fisherman and outdoorsman and enjoyed hunting, skiing, golfing, and camping with his family.

A Mass of Christian burial will be celebrated on Tuesday. January 18th, at 11:30 in Ste. Marie Church. Entombment will follow in Mt. Calvary Cemetery Mausoleum. In lieu of flowers, donations may be made to Ste. Marie Church towards roof replacement or for Masses in his memory. To view an online tribute, send condolences to the family, or for more information, visit www.phaneuf.net.

To order memorial trees or send flowers to the family in memory of Gerard R Morin, please visit our flower store.
Send a Sympathy Card