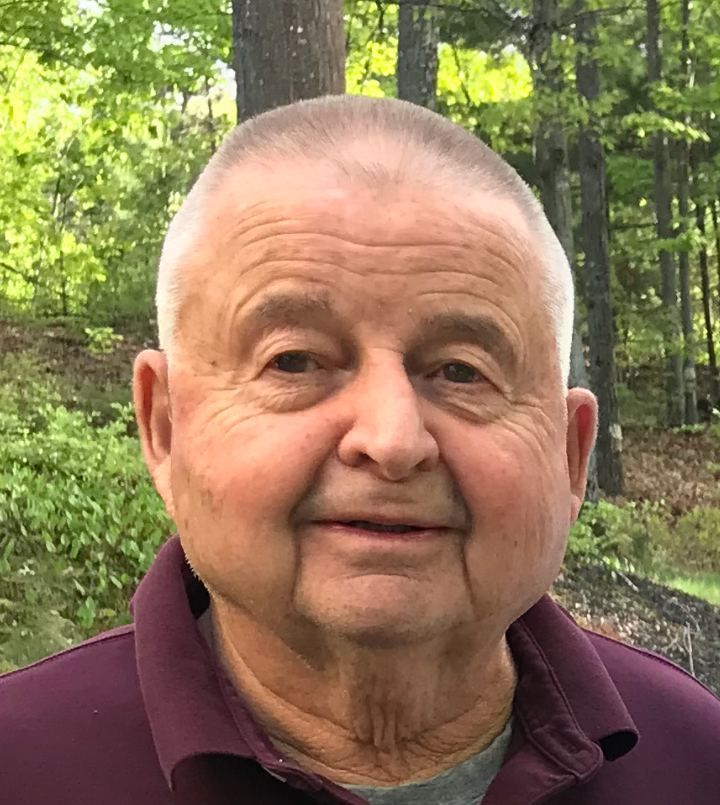 Henry L. “Butch” Roy, 83, of Hooksett, passed away from a sudden illness on November 10, 2021, at Catholic Medical Center with his loving family by his side. He was born in Manchester on June 26, 1938, the son of Paul and Lillia (Richard) Roy.
Henry graduated from Manchester Central High School ‘56 and the University of New Hampshire ‘60 and later served as a Lieutenant in the US Army from 1961-1963. After passing the CPA exam, he worked for four accounting firms before opening his own practice 1976. At the time of his passing, he was still working part time in the Firm of Roy and Bentas, CPAs. Professionally, he served from 1977-1978 as President of the NH Society of Certified Public Accountants, the lead accounting organization in New Hampshire.

Henry was an active parishioner of St. Hedwig Church, the same church where he and Nancy were married 55 years ago. Most recently he served as chairman of the Church’s Finance Committee, where he volunteered many hours in leading his church through some difficult times. Reverend Delisle, his pastor indicated that Henry may come across as a bit cantankerous, but he had a heart of gold and genuinely cared about the people he served.

Henry was a long-term resident of Hooksett who volunteered thousands of hours for many volunteer and professional organizations. He spent much of his professional life helping others. He was an extremely generous man providing HYAA baseball and softball sponsorships for over 10 years and many financial contributions to local and regional organizations. For 12 years he worked as a member of the Central High School “chain gang”, moving the chains at varsity football, at times in the worst weather.

He served on the boards of directors of St. Mary’s Bank (15 years), Northeast Delta Dental (6 years), New England Musculoskeletal Institute and the New England Dental administrators. He was a member and chair of the Hooksett Police Commission for six years. The latter was during a time of long meetings, great scrutiny and much turbulence. Many would have thrown up their hands and resigned, but not Henry. He stuck it out continuing to serve as a calm and professional voice.

In recognition of his lifelong service, he was selected as Hooksett Citizen of the Year in 2017, where he was honored with an overflow crowd at the Puritan Conference Center

During his many years of service to the community, Henry has quietly and efficiently worked in the background, never seeking any recognition. He cared about his community and its affairs. He was the ultimate volunteer professional who worked tirelessly for the past 55 years contributing to his profession and community. When not volunteering he could be found playing basketball and pickleball at the Fitness Network.

Despite his full schedule, family was his #1 priority. He was always there to celebrate birthdays, holidays, school, and sporting events. Additionally, he was always in attendance at his grandchildren’s shows, ceremonies and recitals. His grandchildren said that he made these events even more special because he was there as part of their audience.

Words used to describe Henry are kind, caring, generous, hard-working, professional, intelligent, wise, high integrity, forgiving, and dry humor. Henry has taught his children the importance of civic duty, and continues to instill community spirit in, and through his grandchildren.

Family members include his wife of 55 years, Nancy (Ciempa) Roy; two daughters, Alisa M. Heath and her husband Geoffrey of Hooksett, and Deborah A. Lidster of Hooksett; a son, Paul J. Roy and his wife Heather of Hooksett, eight grandchildren, Annika, Ian, Audrey, Molly, Abigail, Ryan, Maggie, and Lyla; and nephews, nieces, and cousins. In addition to his parents, he was predeceased by a sister, Suzanne L. Roy.

A memorial gathering will take place on Wednesday November 17th from 4:00PM to 7:00PM PM at Phaneuf Funeral Homes and Crematorium, 243 Hanover St., Manchester. A Memorial Mass of Christian burial will be celebrated on Thursday morning at 10:00 in St. Hedwig Church. Urn burial will follow in St. Hedwig Cemetery, Bedford. To view an online tribute, send condolences to the family, or for more information, visit www.phaneuf.net.
In lieu of flowers, memorial contributions may be made in his name to the Hooksett Branch of the Salvation Army 24 Grant Dr. Hooksett, NH, 03106, Boys and Girls Club of Manchester, 530 Union St. Manchester, NH 03104, or the Safe Sports Network, 35 Kosciuszko St. Manchester, NH 03104.

To order memorial trees or send flowers to the family in memory of Henry L. "Butch" Roy, please visit our flower store.
Send a Sympathy Card