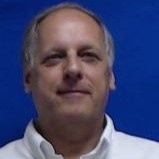 Born in Proctor, VT on April 9, 1953, the son of late Leokadia (Rewinski) and Alexander B. Wenta. Henry was raised on a 3.5 acre farm which included his mother’s flower garden, a cow, chickens, apple and pear trees.

After graduating from Proctor High School in 1971, he studied at Vermont Technical Institute. He held positions at the 19th Greene Bar & Restaurant and Green Mountain Distributors before relocating to NH.

Henry worked in Information Technology for over 30 years, including positions with St Anselm’s College, NH Distributors and most recently enjoyed his time working for Elliot Hospital in Manchester.

He cherished time with his family, especially his granddaughter Sailor. He also loved nature, traveling, fast cars, cigars, a good liquor, and sports.

To order memorial trees or send flowers to the family in memory of Henry Wenta, please visit our flower store.