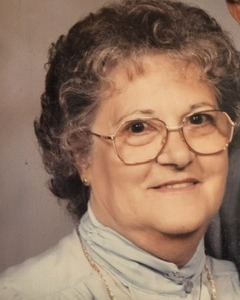 Mrs. Charpentier was born on October 6, 1933, in Suncook, NH, the daughter of the late Alcide and Marie Rose (Breton) Martin.

Prior to her retirement, Mrs. Charpentier was employed as a bank clerk and worked at Amoskeag Bank.

She was an avid reader and enjoyed traveling to various countries in Europe. She made 37 trips to the island of Hawaii and several trips to Las Vegas.

SERVICES: Calling hours will be held on Monday, January 23, 2023, from 10am to 12 Noon at Phaneuf Funeral Homes & Crematorium, 250 Coolidge Avenue, in Manchester, NH. A funeral service will follow at 12 Noon in the funeral home chapel. Committal prayers and interment will take place at Mt. Calvary Cemetery in Manchester.

It has been suggested that those who wish may make memorial gifts to Granite VNA, 30 Pillsbury Street, Concord, NH 03301, in memory of Mrs. Charpentier.

To order memorial trees or send flowers to the family in memory of Irene R. Charpentier, please visit our flower store.