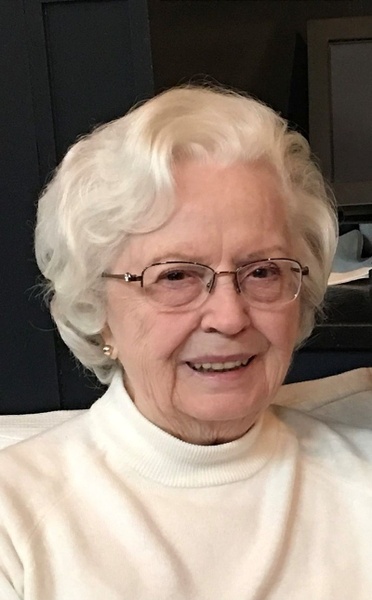 Jacquie Jean (Murdock) Lammers, 91, of Bedford, NH, formerly of St. Louis, Missouri, passed away peacefully on April 13, 2021 surrounded by her family. Born to the late Thomas and Thelma (Crain) Murdock on March 15, 1930 in Missouri where she spent most of her life. She is the wife of the late Victor L. Lammers with whom she was married for 33 years.

Jacquie was a social butterfly and belonged to many social clubs throughout the years. Upon retirement from her career as an Oral Surgical Assistant, she began to spend her free time flipping houses and enjoying time with her family and her beloved dog, Max.

Jacquie is survived by her two daughters; Terri Zike and her husband David of St. Louis, MO and Susan Merideth and her husband John of Bedford, three grandchildren; Laura Merideth, Michelle Lavellee, and Geoffrey Guinn, and several great grandchildren. She is predeceased by her brother Jerry Murdock.

In lieu of flowers, donations in Jacquie's memory may be made to the Alzheimer's Association, P.O. Box 96011, Washington, DC 20090 or at www.alz.org/donate
To order memorial trees or send flowers to the family in memory of Jacquie Jean (Murdock) Lammers, please visit our flower store.