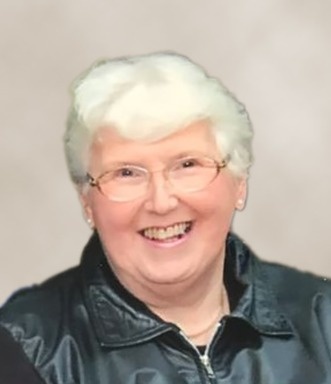 Jane was raised in Colebrook, NH, and later moved to Manchester, where she lived for nearly 60 years. She was a long-time employee for the telephone company, retiring from Verizon after 37 years. Jane was a lifetime member of St. Paul’s United Methodist Church. She was a member of The Salvation Army for five years, recently becoming the President of the Women’s Auxiliary of Manchester Corp. She was involved with the Masonic Temple for many years, becoming a member of Eastern Star in 1976, where she held the office of Worthy Grand Matron from 2003-2004, and numerous other offices in local chapters. She was also a member of the White Shrine of Jerusalem in New Hampshire, where she held the office of Worthy High Priestess, and numerous other positions. In her younger years, Jane enjoyed snowmobiling and traveling in the RV with her friend, Bill. Jane also enjoyed quiet moments at home, doting on her beloved cats and cooking for her family, friends, church, neighbors, etc.

Family and friends are invited to gather at Phaneuf Funeral Homes and Crematorium, 243 Hanover Street, Manchester, NH on Friday, March 11th from 3-5PM with a memorial service at 5PM. The burial will be held at a later date at Village Cemetery in Colebrook.

In lieu of flowers, donations may be made to St. Paul’s United Methodist Church, Salvation Army, or ASPCA. Any cards can be sent to her home.

To order memorial trees or send flowers to the family in memory of Jane J. Sims, please visit our flower store.