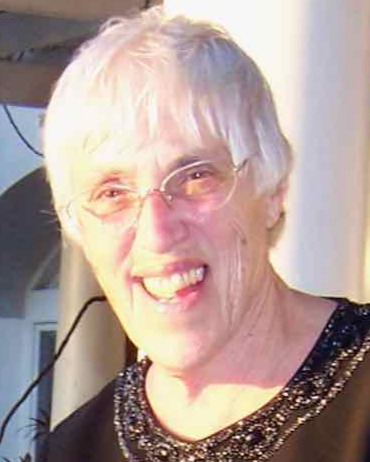 Jean A. (Gardner) Lubelczyk, 87, a lifelong resident of Manchester, passed away on November 2, 2022, with her loving family by her side.

She was born on May 13, 1935, the daughter of the late John and Alvis (Wheeler) Gardner and raised in a close-knit home along with her five siblings.  Family was central to Jean, as she found true joy in hosting large holiday gatherings at her home and never turned down an invitation to be together.  Jean embodied the Yankee work ethic, working in various administrative assistant jobs throughout her career, most recently for Granite State Independent Living, before officially retiring at age 79.  This dedication to hard work and family was particularly evident in the early eighties when a disability forced her husband John into early retirement, Jean took a job at a local fast-food restaurant, taking advantage of the flexible hours allowing her to work late nights, weekends, and overtime so she could care for her three children and keep the family afloat.

Jean’s favorite pastime was working in her garden, which was admired by all visitors.  Most summer evenings she could be found in the garden listening to her beloved Red Sox on the radio.  Other notable accolades include the 2012 champion of the family’s Wii bowling Christmas tournament (runner-up was 64 years her junior) and 2X winner of the chili-chowder cookoff at Jewett Street School (chowder division).

A celebration of life with friends and family will take place this coming Spring, outside and near a garden, which Jean would have loved. In lieu of flowers, please consider a donation to Jewett Street School in Manchester. Checks payable to “Jewett Street School”, 130 S Jewett St, Manchester, NH 03103.

Phaneuf Funeral Homes and Crematorium, Manchester, NH is assisting the family with arrangements. To view an online tribute, send condolences to the family, or for more information, visit https://www.phaneuf.net

To order memorial trees or send flowers to the family in memory of Jean A. Lubelczyk, please visit our flower store.