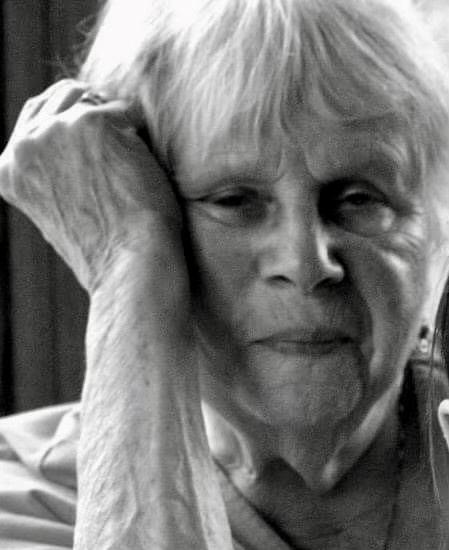 She grew up and attended school in Royalton and South Royalton, Vermont.  Graduated with the class of 1949-attended Nursing School at Gifford Memorial Hospital in Randolph, VT and received her RN pin in 1953.

Raymie and Jean started Capitol Fire Protection in 1962, and she continued and enjoyed working there for many years.

Ray died in 1977 and in 1985, she married William Silver and was stepmother to Sharon, Carol, and Bill Silver and also Diana, Buddy, Robin Vickie and Debra, grandchildren and great-grandchildren.

Jean enjoyed friendships old and new, PTA, sharing being a room mother at Loudon Elementary School, cake decorating, ceramics, quilting, knitting, bowling, and babysitting her nieces and nephews during school vacations – there was always a houseful.

William and Jean spent much time at camp in Pittsburg and Columbia and the friendships she shared there, grandchildren visiting, fishing, and riding the back road in the area.  Together with siblings and spouses, they traveled to Florida, Hawaii and cross-country with friends to Branson and exploring the areas when the men went out on hunting trips.

Jean had many special memories and was very blessed in many ways.

Services will be announced at a later date. Phaneuf Funeral Homes & Crematorium is assisting the family with arrangements.

To order memorial trees or send flowers to the family in memory of Jean M. Rattee-Silver, please visit our flower store.