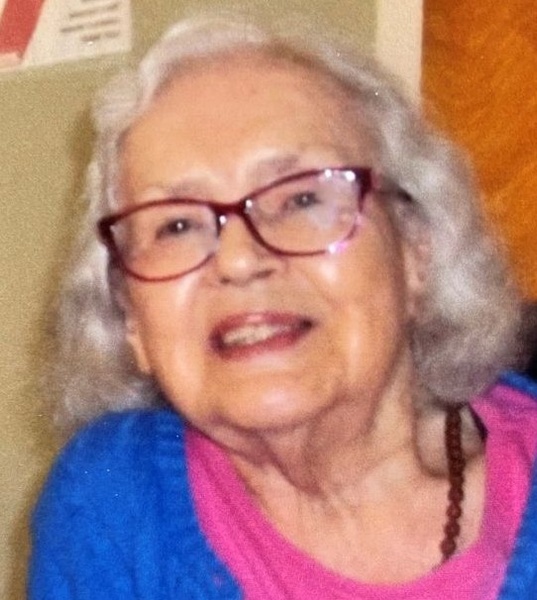 Joan was born on March 28, 1932 in Portage Lake, ME to Joseph and Albertine Long. After graduating Lewiston High School, Joan married Maurice Cloutier and they had six children. Together they ran a small grocery store in Lewiston, ME called Reggie Cloutier Supermarket.


After the sudden death of her husband Maurice, Joan later remarried to Philip F. Wills and moved to Canterbury, NH. After moving to New Hampshire Joan went to secretarial school. Once she graduated she went to work for the State of New Hampshire Department of Weights and Measures where she remained until her retirement.


Once Joan made her new home in New Hampshire, she continued with her many interests. She was a woman of strong faith and was an active member of Catholic Daughters of America. Joan took great pride in caring for others and family was very important to her.
Joan was a woman with many talents. She was a phenomenal cook, loved to sew, make quilts, knit, dance, and was an avid painter. In the last year of her life she was taking a virtual course to learn how to draw free hand.


Joan was very social and would welcome anyone into her home and her heart.
She loved a good game of BINGO, watching Patriots football and Bruins hockey on TV.
Joan is predeceased by her husbands, Maurice Cloutier Sr. and Philip F. Wills; and sons Michael Cloutier and Marc Cloutier.


She is survived by her children, Maurice Cloutier Jr. of Monmouth, ME, Vicky and Raymond Dugal of Bedford, MA, Rita Perreault of Lewiston, ME, Reggie and Peggy Cloutier of Canterbury, NH; sisters Cleo Bosse of Lewiston, ME, and Dorine and Maurice Labbe of Bailey Island, ME; and numerous grandchildren, great-grandchildren, nieces, nephews, and cousins.


A funeral Mass will be celebrated Monday August 16, 2021 at 11:00am at Immaculate Conception Church, 9 Bonney St., Penacook, NH 03303. A committal service will be held the following day, Tuesday August 17, 2021 at 11:00am at the St. Peter's Cemetery Mausoleum in Lewiston, ME (use the Deer Road entrance). Phaneuf Funeral Homes & Crematorium is assisting with arrangements. In lieu of flowers, donations can be made to the Immaculate Conception Church Food Pantry at 9 Bonney St. Penacook, NH 03303.


The family of Joan Cloutier Wills would like to express our sincerest gratitude to all the nurses, aides, and staff at Harris Hill Center for the kind and compassionate care Joan received while a resident at the Center. To view an online memorial, leave a message of condolence, or for more information please go to www.phaneuf.net.

To order memorial trees or send flowers to the family in memory of Joan M. Cloutier Wills, please visit our flower store.
Send a Sympathy Card