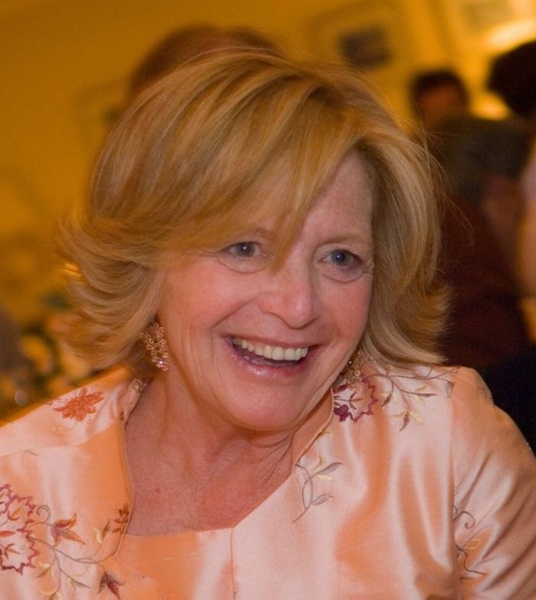 JoAnn (JoAnna) Lois (Benedetti / Hoffman) Fleming was a caring mother, grandmother, sister, and friend. She passed away on January 7, 2022, at the age of 75 in Manchester, New Hampshire, after a courageous battle with cancer.

JoAnna was born on December 19, 1946, in Montreal, Canada, to her father, Otto Rino Benedetti, and mother, Margaret (Duncan Benedetti) Harding. She was the youngest of three children and the only girl, thus making her the light in her brothers’ eyes.

JoAnna graduated from McGill University in Montreal and went on to become a force in the fashion world. When she met her first husband, Robert Hoffman, they were married in Montreal and moved to the United States. In 1987, she married Richard Fleming, M.D. JoAnna selflessly cared for both of her husbands when they were ill and they both predecease her.

JoAnna became a proud U.S. citizen in 1992. Until recently, she resided in Connecticut and will always call Wilton home.

JoAnna is survived by her daughter Jessica Cigich, her husband Bradley, and their two children – Juliet and Braden – all of Virginia; her daughter Gillian Steele and her husband Rick of Massachusetts; her brothers Robert and Brian Benedetti and their wives Susan and Daniele, all of Montreal, Canada; and her stepchildren Douglas Fleming and Pamela Horan and their families.

No matter what life presented, JoAnna met it with a quick wit, a strong will, and a fierce confidence. One example is her first name. Though it reads “JoAnn” on her birth certificate, she liked “JoAnna” better, so she went with it. But to most, she was simply Jo.

JoAnna constantly lifted up those around her even when she was struggling. The family wishes to extend a heartfelt thank you to her dear neighbors, John and Carol Sherman, for their generous assistance and care. The family also wishes to thank the doctors, nurses, and staff at Maple Leaf HealthCare Center in Manchester, New Hampshire.

Services will be held privately at the convenience of the family. Those who wish may make a memorial contribution to the American Cancer Society.