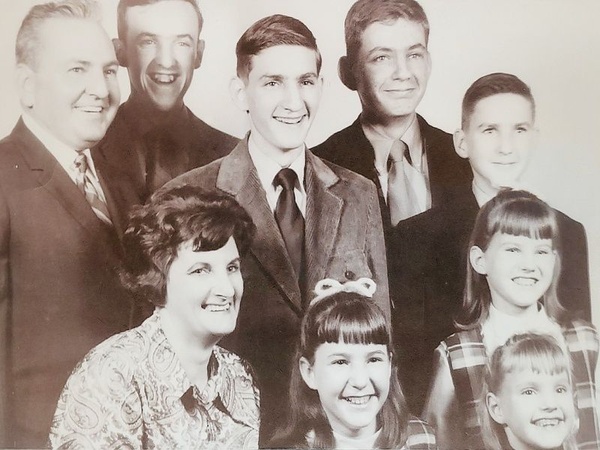 Joanne Marie Ames, 87, joined the love of her life, Erwin Ames, three of their children, and her parents in heaven on April 17th, 2021. She passed away peacefully at Presidential Oaks after a long battle with Alzheimer's disease.

Joanne was born in September of 1933 to Carolyn and Alfred Irving in Concord, NH. She was a lifelong resident of the city, meeting and marrying her beloved husband, Erwin, at the age of 18. Together, raising 7 children, she found her true calling as a mother and caregiver, later continuing her nurturing nature with her grandchildren.

Joanne was passionate about baking, especially famous for her whoopie pies – so good her children could trade them for store bought treats. She was an avid knitter, reader, Red Sox fan, and lifelong animal lover with many beloved pets. She found an interest in square dancing in her later years.

She is survived by two brothers, Alfred W. Irving Jr. of Salisbury, NH and William Irving and his wife Sue of Knoxville, TN; four children, Scotty R. Ames of Milford, John A. Ames of Concord, Carolyn L. Amrol and her husband Jim of Pembroke, and Dianna L. Huntoon of Concord; and her daughter-in-law, Linda Ames of Billerica, MA. She has 17 grandchildren, 17 great-grandchildren, and several nieces and nephews.

She is predeceased by Erwin, who passed away in 2002 after 50 years of marriage; her two sons, Erwin (Lee) Ames Jr. and Michael Ames; a daughter, Lisa Pierce; and her son-in-law, Kent Huntoon.

ARRANGEMENTS: Graveside services will be held Friday, April 23rd, 2021 at Blossom Hill Cemetery in Concord, NH at 11AM. Assisting the family with arrangements is the Phaneuf Funeral Homes and Crematorium, Boscawen, NH. To view Joanne's Online Tribute, send condolences to the family, or for more information, visit www.phaneuf.net.
To order memorial trees or send flowers to the family in memory of Joanne M. Ames, please visit our flower store.